With multiple crises raging (chips, batteries, covid, Ukraine war…), disruption is the order of the day, and one can say that anything goes right now in Germany.

The overall automotive market is still in the red, with the market dropping 10% last month, but despite this doom and gloom, sales of full electric vehicles (BEVs) were up 9% year over year (YoY). There were 29,182 BEV registrations last month, representing 14% of the overall market. Plugin hybrids (PHEVs) performed worse than the overall market (-15%), which means that consumers might be starting to move away from them. The latter had 23,209 registrations, or 11% of the total auto market.

Another month, another surprise winner. After last month’s Mitsubishi Eclipse Cross PHEV win, this time it was the Ford Kuga PHEV (Euro-spec version of the Ford Escape PHEV) winning the best seller title in April That was thanks to 1,948 registrations.

The Opel Corsa-e was another surprise, ending in second last month. The German arm of Stellantis could celebrate a record 1,889 registrations of its small EV. The Fiat 500e completed the podium with 1,834 registrations, ensuring two Stellantis models on the German podium for the first time ever.

Just off the podium, we have three Volkswagen Group models in the next three positions, with the highlight being the VW ID.4. The ID.4 had its best score in 11 months, 1,665 registrations, followed in 5th by the sporty Cupra Formentor PHEV (1,360 registrations) and in 6th by the Volkswagen ID.3 (1,356). The ID.3 did score a year-best result last month. Are these the first signs that the worst of the production constraints are over for the German conglomerate?

Other models also had their opportunity to shine, like the Dacia Spring, which was 7th last month. The Spring EV got 1,326 registrations, a bit above the VW e-Up, which ended the month in 12th thanks to 1,123 registrations, its best score this year. Nevertheless, that was only enough to grant it the 3rd spot in the city car category, below the Fiat 500e and Dacia Spring. Further down in the table, the highlights were the Audi Q4 e-tron in 18th and the Cupra Born closing out the table in 20th thanks to a record 835 deliveries. Overall, there were five MEB-based EVs in this top 20. Not bad, Volkswagen; not bad….

Outside the top 20, the highlights are the Mercedes EQE, which had 470 registrations, which is still far from the category leader, the Audi e-tron (1,147 units last month), but then again, this is only its second month on the market. How much will the streamlined Mercedes reach in June? 600 units? More?

Elsewhere, Stellantis has two more models looking to reach the table, with the Peugeot e-208 EV (756 units) ending fewer than 100 units from the #20 Cupra Born, while the Citroen e-C4 EV scored a record 555 registrations. The compact EV continues to (slowly) ramp up deliveries.

Regarding the 2022 table, despite a supply drought of two months, the Tesla Model 3 is still on top. It has a lead of 1,700 units over the surprise runner-up Fiat 500e, which says a lot about the imposing lead that the Tesla sedan had at the end of Q1. … Meanwhile, the Tesla Model Y was down to 7th, due to another slow month. Is the Giga Berlin ramp-up going slower than expected?

The Climbers of the Month were the Cupra Formentor PHEV, which jumped two spots to #4, and the Hyundai Kona EV, which was also up two spots, in this case to 5th.

The VW ID.4 returned to the first half of the table, winning back the title of Best Selling Domestic EV. Although, the fact that it did so by reaching only the 8th spot says a lot about the current poor showing of the German automakers in their home market.

Closing out the first half of the table, the Opel Corsa-e surged six positions, to 10th, while further below, the VW ID.3 climbed one position, to 16th, and the VW e-Up returned to the table in 20th. Thus, there were 15 BEVs in this top 20!

Fortunately for Tesla, it is expected to have a (small) delivery peak month in June, so its market share should grow again. That should at least prevent it from falling another spot despite 6th placed Hyundai (6.2%) getting dangerously close.

Looking at the rankings by OEM, the standings remained the same. Volkswagen Group has its domestic market well in hand, having increased its market share by 1.7 points to 25.1% share. It is followed at a distance by Stellantis, which — thanks to strong performances across the board — was up half a percentage point to 13.3%, allowing it to surpass a falling Mercedes Group (13.3%, down 0.7 points) in the last days of the month and win the runner-up spot.

Why the $2 trillion crypto market crash won't kill the economy 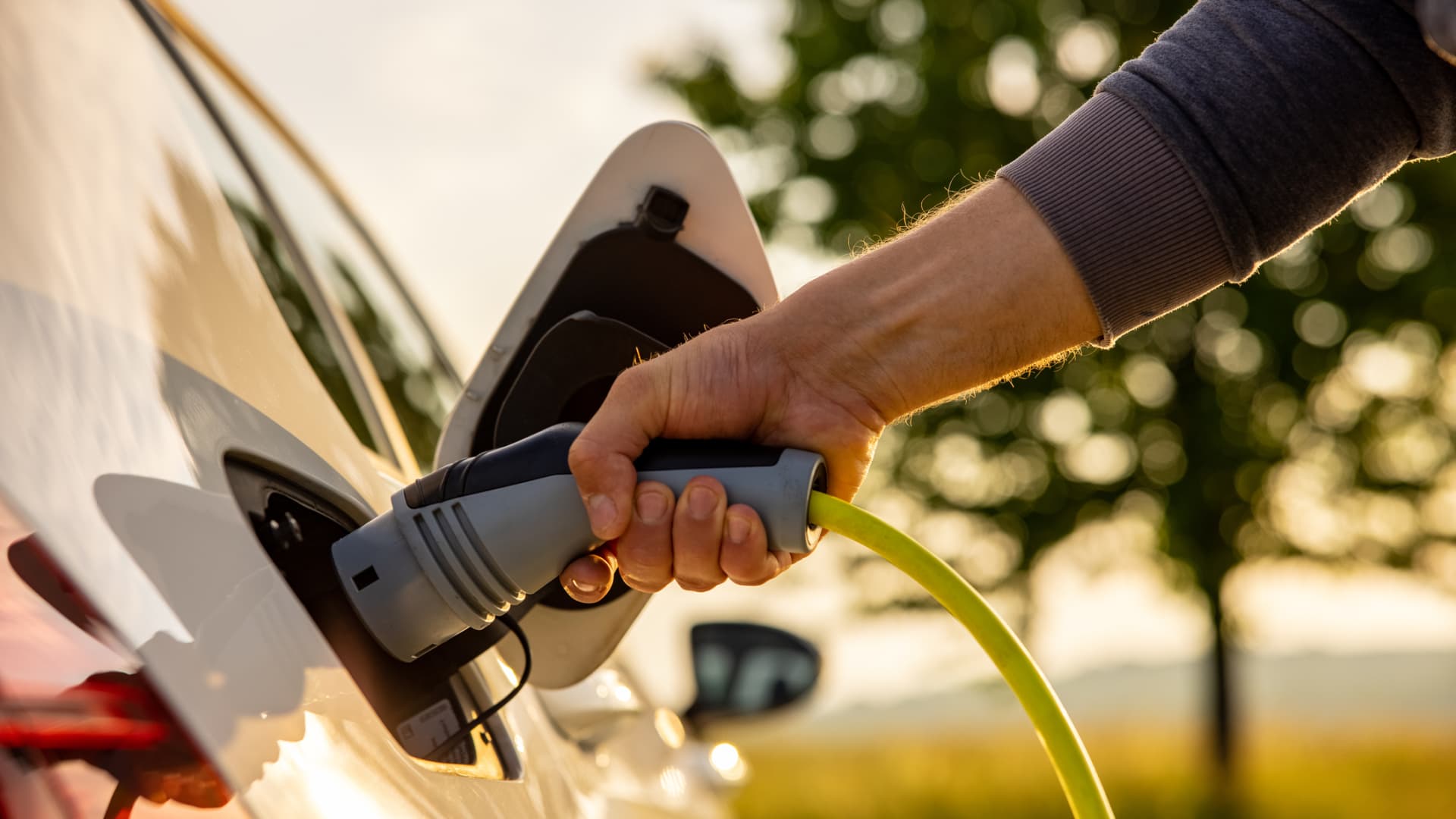 Software & You: Who Actually Owns That New Car You Are Driving?