About 50,000 copper workers, including Codelco’s employees as well as contractors, joined on Wednesday the indefinite strike, the Federation of Copper Workers, an umbrella group of copper worker unions, said in a statement.

The unionized workers insist the facility needs $53 million for capsules that retain gases and allows the smelter to operate under environmental compliance, but this was dismissed by the government.

Click here for an interactive chart of copper prices

“Our action will continue as long as the government and the Codelco board of directors insist on the closure of Ventanas and do not greenlight the resources to allow the Codelco smelters to continue as competitive and sustainable units,” FTC president Amador Pantoja said, adding the company’s decision was rushed.

Responding to the Pantoja, Codelco’s chairman of the board, Máximo Pacheco, said the closing of the Ventanas was 30 years in the making.

“We have been discussing environmental issues related to Ventanas for decades. Does anyone believe that after 30 years this was a hasty decision?,” he told CNN Chile.

Chilean President Gabriel Boric, who has been in power for a little over three months, has said he doesn’t want “more environmental sacrifice zones” in the country.

“Today there are hundreds of thousands of people living in our country who are exposed to severe environmental deterioration that we have caused or allowed, and that, as Chilean, makes me ashamed,” Boric said on Friday.

Chile’s Finance Minister Mario Marcel said on Wednesday that Codelco operations have not been affected by the strike as the company had taken measures to mitigate potential negative effects.

The minister also announced an historic $583 million reinvestment plan for the copper miner this year, which includes 30% designated to 2021 utilities. There will be a similar reinvestment of utilities from 2021 through 2024, Marcel said.

Until now, Codelco has given most of its earnings to the state.

Ventana’s closure will require the modification of a law that requires the Chilean copper miner to smelt minerals from the also state-owned Enami, coming from small and medium-sized companies, exclusively in the facility.

Codelco said that Ventanas’s refinery will not be affected by the measure.

Another 'algorithmic' stablecoin has fallen below its $1 peg â but experts say it's not 'Terra 2.0' 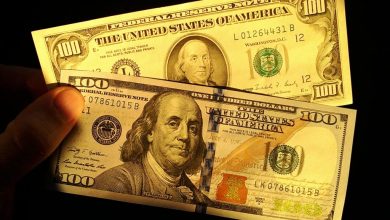