A few days ago, I came across a Twitter thread that reminded me about an incident in 2013. At that point, I was in college and taking a graduate course on critical infrastructure, and we had a lot of interesting discussion about the event, the power grid, and the problem of interrelated dependencies. But, before I get into the danger we face here and what the solutions are (cleantech plays a BIG part), lets look at this infrastructure attack in detail.

The 2013 Attack On A Power Substation

In what has been called the “Metcalf Sniper Attack,” a team of people with rifles managed to target the key components of a power substation.

On April 16 2013, a team of highly skilled gunmen opened fire on the Metcalf Power Substation in San Jose California.

In just under 10 minutes, they disabled 17 transformers and caused $15m in damages.

This is the most important terror attack you’ve never heard of. Quick thread pic.twitter.com/nNmil3ba6y

In about ten minutes, the attackers shot a series of 17 power transformers, which feed a number of important Silicon Valley enterprises, like Google. This caused around 52,000 gallons of oil to leak from the transformers, causing them to overheat. PG&E had to shut them off to prevent fires, but millions of dollars of damage had already been done by this point.

Fortunately, disruption from this attack was minimal. PG&E did see power lost to some neighborhoods, but it was able to quickly reroute power from different power plants and cover it. Large and highly important power users didn’t notice any kind of outage, while residential users got power back after a short outage. Internet services were also restored quickly.

And honestly, the sophistication of the attack was overblown by many who commented on it, especially politicians. While it’s commonly referred to as a sniper attack, it used neither sniper tactics (waiting in hiding for an important target) nor did it use sniper weapons (7.62x39mm cases were found at the scene, indicating that the attacker(s) were too poor to purchase anything but cheap copies of an intermediate-powered Soviet gun design, known for high reliability, but poor accuracy).

It’s also worth noting that 52,000 gallons of oil, divided by 17 transformers, equals just over 3,000 gallons per transformer, which means they were rather large targets that took little skill to hit with the over 100 rounds that were fired from just outside the fence.

But, the relative ease with which someone was able to approach the substation, spend 30 minutes firing on it, and then leave without getting caught, shows us that there was a serious security issue at the time. If more sophisticated people were to replicate this attack and perform it on multiple power substations in an area, extended outages would be possible.

The other issue is interdependent infrastructure. For example, water and sewer service relies on electricity (to pump), while electricity plants rely on water service (for cooling and other purposes). Communications services (telephone, internet, important websites) obviously rely on electricity and don’t have unlimited fuel for backup generators on site. To get more fuel, you’ll need electricity to pump fuel out of the underground tanks at the gas and diesel stations.

So, if someone with more skill and better equipment were to carry out a more widespread attack, we’d have a serious problem, and this is true in any country terrorists might smuggle weapons into (nobody is immune to that).

This threat isn’t hypothetical. In 1997, the Irish Republican Army developed a plan to disable transformers in England as part of their campaign for Irish unification. They were caught and stopped, but had they accomplished the plan, parts of England would have been without power for months while new custom transformers were built for each station. There have been a number of other rifle attacks and attacks using bombs or fire at other stations, far too many to list in this article.

Given that this happened almost a decade ago and it wasn’t the first time such a risk had been made real, most people would probably expect some improvements to have been made. As we know, government and large corporations move slowly and often not at all, even when faced with a big problem, but in this case, they did something right.

PG&E itself spent $100,000,000 to upgrade security at its substations. The exact details of what improvements were made aren’t public, but we can probably assume that the terrible cameras that were in use as of 2013 have been replaced with something that might actually catch attackers. They also likely hardened the weakest parts of the transformers, and did more to keep people away from them.

A 2014 government report set new standards for power station security. While many expensive fixes were recommended, including better security systems, more and larger fences, and bullet-resistant shielding around vital components, one relatively cheap fix seems to have stopped further attacks from proliferating: simply concealing the power station’s components from outside view.

A Google Streetview screenshot of a power substation.

While cover (something that stops rounds) is better than concealment (something that hides the target), it can be just as effective. So, power companies have added opaque materials to the outer fences of almost all power substations. This keeps anyone outside from being able to target components inside with enough accuracy to cause any real damage.

Sure, someone could cut the fence material and start the attack, but that would get them on improved security cameras and trigger a fast response from law enforcement (who are aware of the seriousness of the threat now) that would make getting away with the attack even more difficult. So, sometimes a cheap answer is a good answer.

In Part 2, I’m going to cover the things that can be done to stop such attacks from even affecting the grid. Since 2013, we’ve made a lot of progress in energy technology that could make it a silly gesture to attack power substations, but we need to implement them more widely.

Featured image: A screenshot from Google Street View showing a power substation and its opaque fencing that shields vital components from the view of potential shooters.

U.S. airline bookings slipped again in May with fares 30% higher than 2019 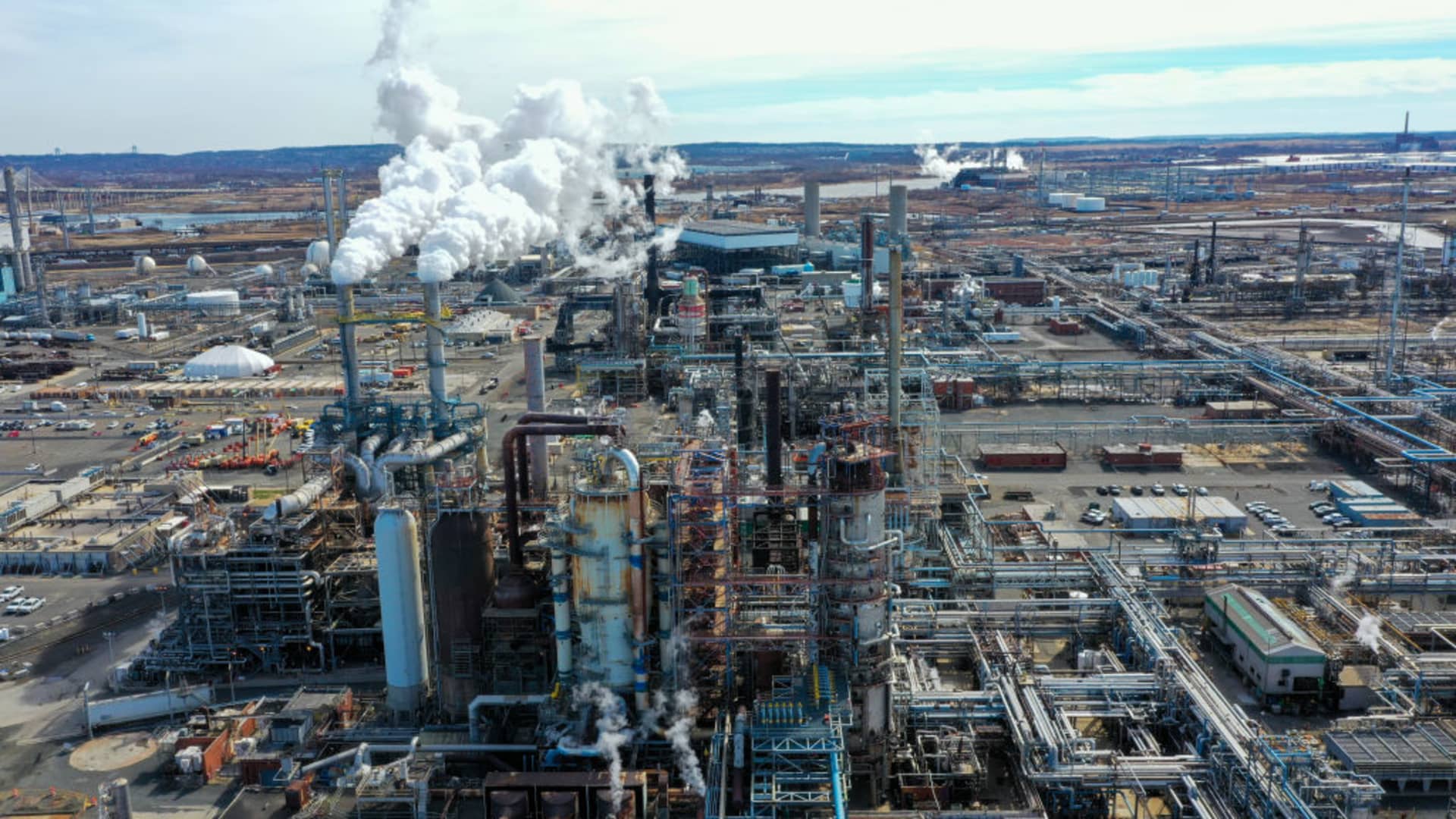 ‘Kind of absurd’ valuations: Fund manager says buy the dip in these stocks BMW Getting Cylindrical Batteries From CATL