“We will need huge amounts of steel to build the wind turbines, and neodymium for the magnets that will replace the high-maintenance gearbox,” René Kleijn, one of the study’s co-authors, said. “We will also need large quantities of copper for cables, nickel and lithium for making batteries, and we have to produce a lot of solar panels based on a variety of materials including silicon, silver, indium and tellurium.”

In Kleijn’s view, there is no shortage in the ores that need to be mined. The issue that needs to be dealt with is the ability of supply chains to keep up with rapidly increasing demand as research has shown that, for some metals, global mining will have to increase by a factor of 20 to 50 by 2050.

“The problem is that it can take up to two decades to build a new mine,” the industrial ecologist said. “This means that all major industrial countries are scrambling for these metals, leading to increased geopolitical tension. We will also see a shift in geopolitical power as metal ores are not located in the same countries as to where coal, oil and gas are located.”

For Kleijn, Europe has made a big mistake by not building its refinery capacity and becoming dependent on other countries for oil, coal and gas, as well as for the resources needed to realize the energy transition.

The researcher points out that, meanwhile, China has become a major producer of critical raw materials, including the cobalt that is mined in Congo but then immediately shipped to China for processing.

Kleijn and his co-authors believe that for the EU to address its dependence on other countries, it is important to allow for some government and community involvement, as the free market falls short when it comes to upscaling critical raw materials.

It is also important to build enough capacity that allows moving away from a system based on extraction to one based on availability.

“We will be much less dependent on inputs once we have erected enough wind turbines, installed enough solar panels, built enough batteries and are able to produce hydrogen on a big scale. After all, wind and solar energy are free resources,” Kleijn said. “[But] it takes a sense of urgency to realize this vision. The war in Ukraine has demonstrated that global supply chains are vulnerable. And depending on a single country can lead to huge price fluctuations. We must therefore diversify our most important supply chains.”

As an example, the whitepaper mentions how lithium prices are increasing rapidly simply because demand is outpacing production, despite it being an abundant resource worldwide. Similarly, the price of nickel skyrocketed, and the London Metal Exchange even temporarily halted trade in this metal, as a consequence of the recent Russian invasion of Ukraine, thus highlighting how geopolitical aspects play a critical role in the provision of resources in general, and the metals needed to shift toward clean energies in particular.

“Decreasing European dependency on imports means that we will have to build our own mining and refining operations,” the document states. “Reducing our consumption is an important priority as well, of course, but the reality is that our current society needs energy, mobility, and technology. We must really ask ourselves where we want to source the raw materials that we will need in the coming decades.”

For the experts behind the study, besides ensuring critical materials supply through industrial policy, circular thinking can also help reduce shortages of critical metals, something that can be achieved by increasing the lifespan and recyclability of products.

'Minions: The Rise of Gru' tops $108 million as parents flock back to cinemas, kids in tow

Are expiring copyrights the next goldmine for NFTs?

Marathon Gold board gives nod to Valentine mine 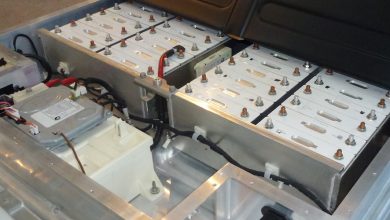