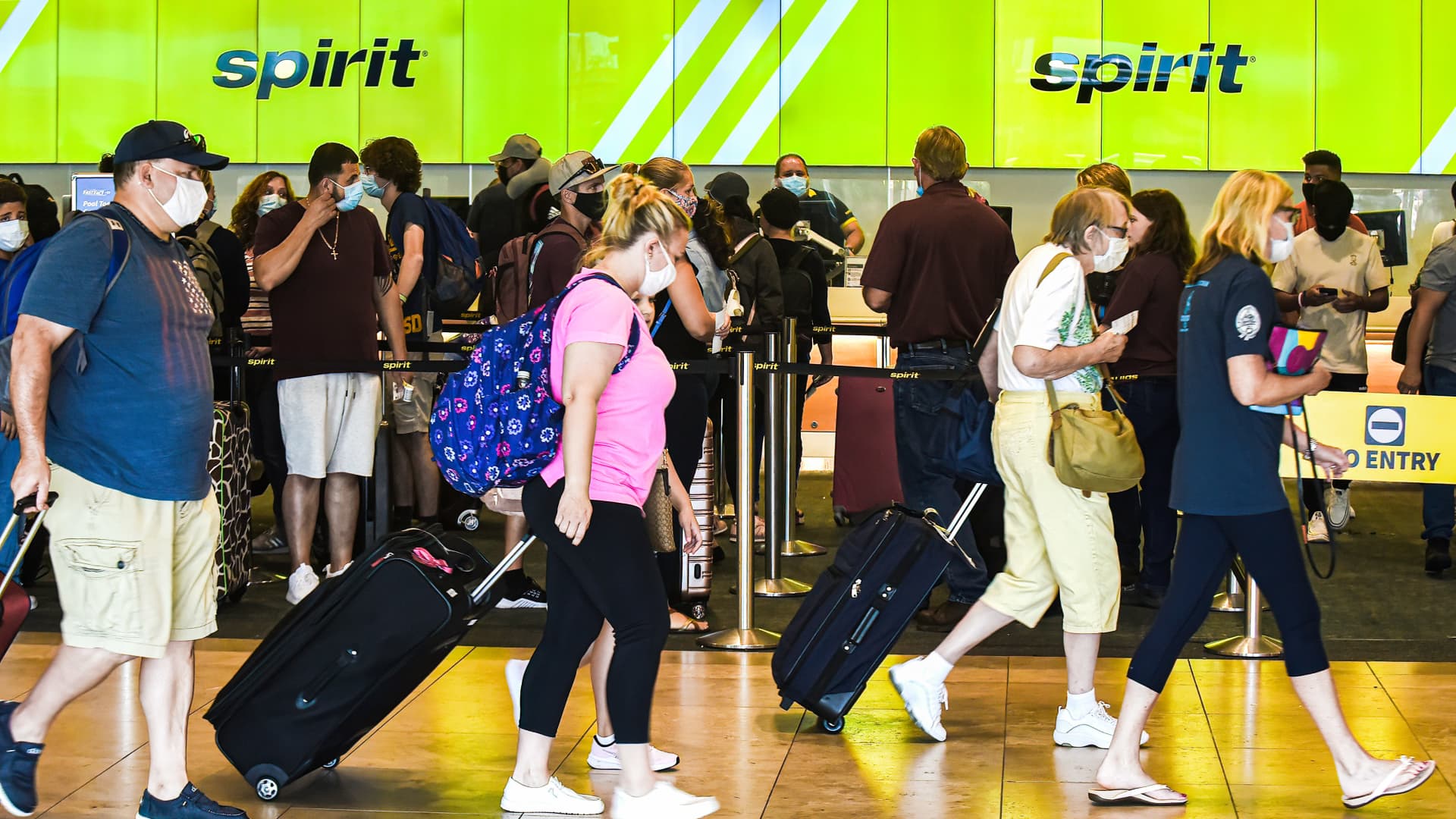 Spirit Airlines relented this week and agreed to sell itself to JetBlue Airways for $3.8 billion, hours after breaking off a merger agreement with Frontier Airlines that failed to win enough shareholder support.

The new deal would mean big changes for travelers if it passes regulatory hurdles.

Spirit, by contrast, has become a punchline for its bare-bones service. The cabins in its bright yellow planes are more cramped, and passengers have to pay extra for “optional services” like carry-on luggage and getting to pick a seat.

“It’s historic. This is the first time anyone wanted Spirit Airlines,” quipped “The Late Show” host Stephen Colbert about the deal on Thursday.

Still, Spirit has expanded rapidly and profitably by offering cheap tickets to vacation hotspots that can sometimes run less than a trip to the movies or a few burgers. The airline’s “Big Front Seat,” however, does offer 36 inches of legroom for a surcharge of up to $250.

As the two distinct airlines push ahead with their plans to combine, here’s what passengers can expect:

What are JetBlue’s plans for Spirit?

JetBlue wants to get bigger, and Spirit has the planes and pilots to help it do that. The New York-based carrier plans to retrofit Spirit’s planes in JetBlue’s style, ripping out the packed-in seats for a roomier layout with more amenities.

Combined, the airlines would become the country’s fifth-largest carrier, behind American, Delta, United and Southwest. Both have a big presence in Florida and each has expanded into Central and South America as well as the Caribbean in recent years. JetBlue last year started flying to London.

The two carriers will continue to operate as separate airlines until after the deal closes, which is subject to regulatory approval. Afterward, passengers might be confused if they’re flying in Spirit planes that haven’t been retrofitted yet.

JetBlue has some experience with such situations through its alliance with American in the Northeast, which allows the carriers to sell seats on each others’ planes. Last year, JetBlue revamped its website to better highlight the differences in onboard features like business class seats or free Wi-Fi.

Despite comedians’ digs, Spirit has improved its reliability in recent years — and is faring better than JetBlue by some measures.

JetBlue came in last among 10 airlines in on-time arrivals this year through May, while Spirit ranked seventh, according to the Transportation Department’s latest available data.

JetBlue’s CEO Robin Hayes says improving reliability is a priority. The carrier has scaled back growth plans, saying it did not want to overextend its crews and other resources.

“A bigger JetBlue that is late is not a better JetBlue,” said Henry Harteveldt, a former airline executive and founder of Atmosphere Research Group, a travel-industry consulting firm.

Is this the end of cheap fares?

The Biden administration has vowed to take a tough stance on both consolidation and inflation, so the disappearance of an ultra low-cost airline could be a tough sell.

“Spirit might not be an elegant experience, but they are cheap,” said William Kovacic, a professor at the George Washington School of Law and a former chair of the Federal Trade Commission. “If they disappear as an independent enterprise … is that going to remove a source of downward pressure on price?”

But JetBlue’s Hayes says the airline needs to grow quickly and better compete with big airlines that control more than three-quarters of the U.S. market. Hayes argues a bigger JetBlue would mean more relatively lower fares to more destinations.

Like some of the airline giants, JetBlue has already added certain low fares that mimic carriers like Spirit. Those tickets also don’t come with seat assignments or other perks that were once standard with a coach fare.

But JetBlue’s business model of offering more comforts costs more than Spirit’s, meaning it likely won’t offer as many of the rock bottom fares that Spirit does.

Frontier Airlines, meanwhile, is already saying it’s happy to take on a bigger share of the ultra-low-cost market after its Spirit deal fell apart. Shortly after the airlines announced the end of their agreement, Frontier projected it would grow 30% next year and started a fare sale with 1 million seats going for $19 apiece.

The airline will become the largest discount carrier in the U.S. if Spirit is ultimately acquired. Others include Allegiant and Sun Country.

“That just gives us a huge amount of breathing room for growth,” said Frontier CEO Barry Biffle. “That’s why this is such a windfall for our employees and our shareholders.”

When is this happening?

Not immediately. JetBlue and Spirit expect the deal won’t get regulatory approval until late 2023 or early 2024, then close in the first half of 2024.

Integrating airlines is a lengthy and costly process. For example, United and Continental flight attendants didn’t even fly together until eight years after those airlines merged in 2010.

Retrofitting planes can take years too, and JetBlue wouldn’t be able to start that process with Spirit’s fleet until at least 2025. But the airline notes it recently outfitted more than 100 of its Airbus planes with new interiors.

“We’ve got a lot of recent experience in how to do it,” said Hayes. 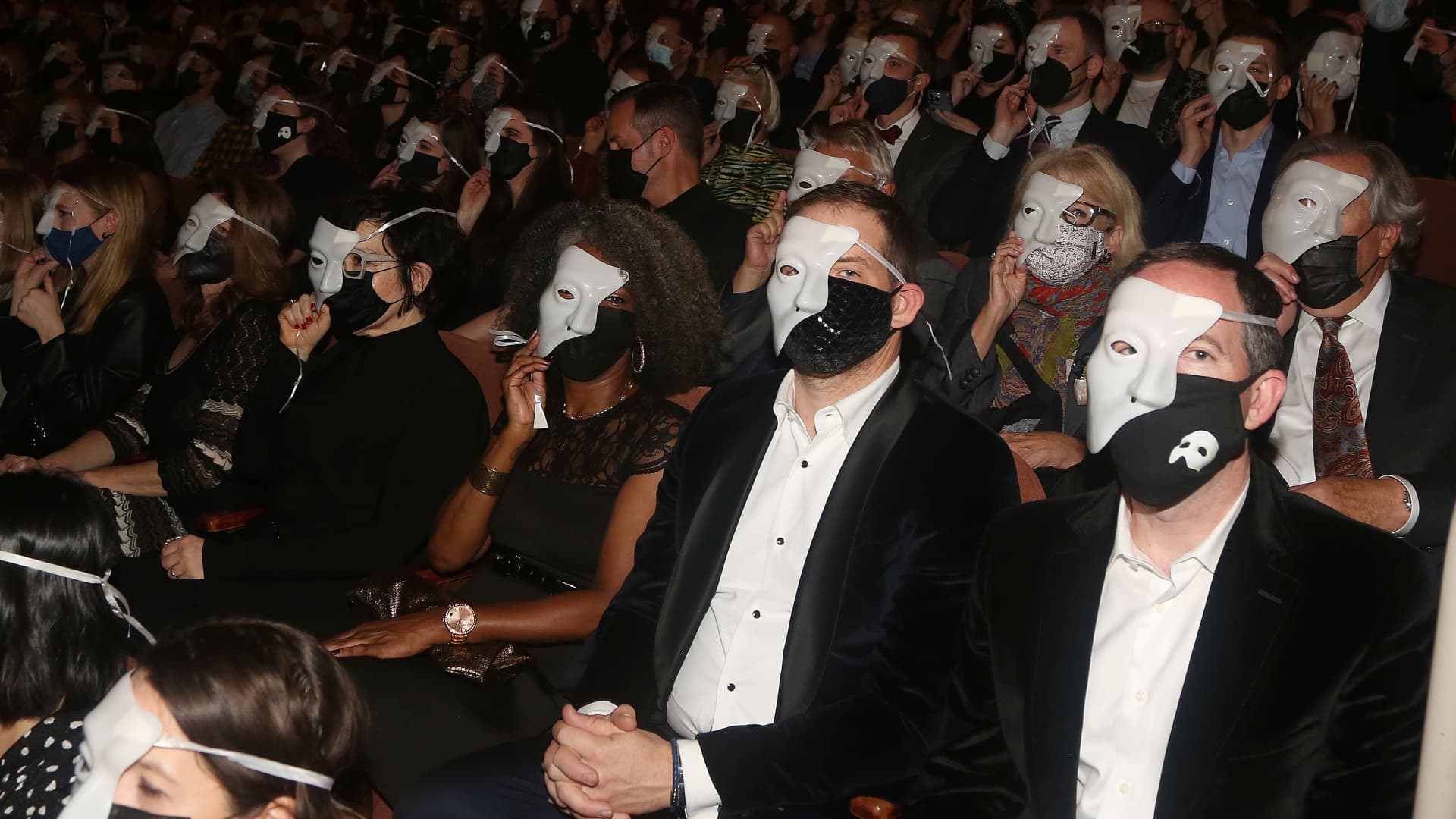 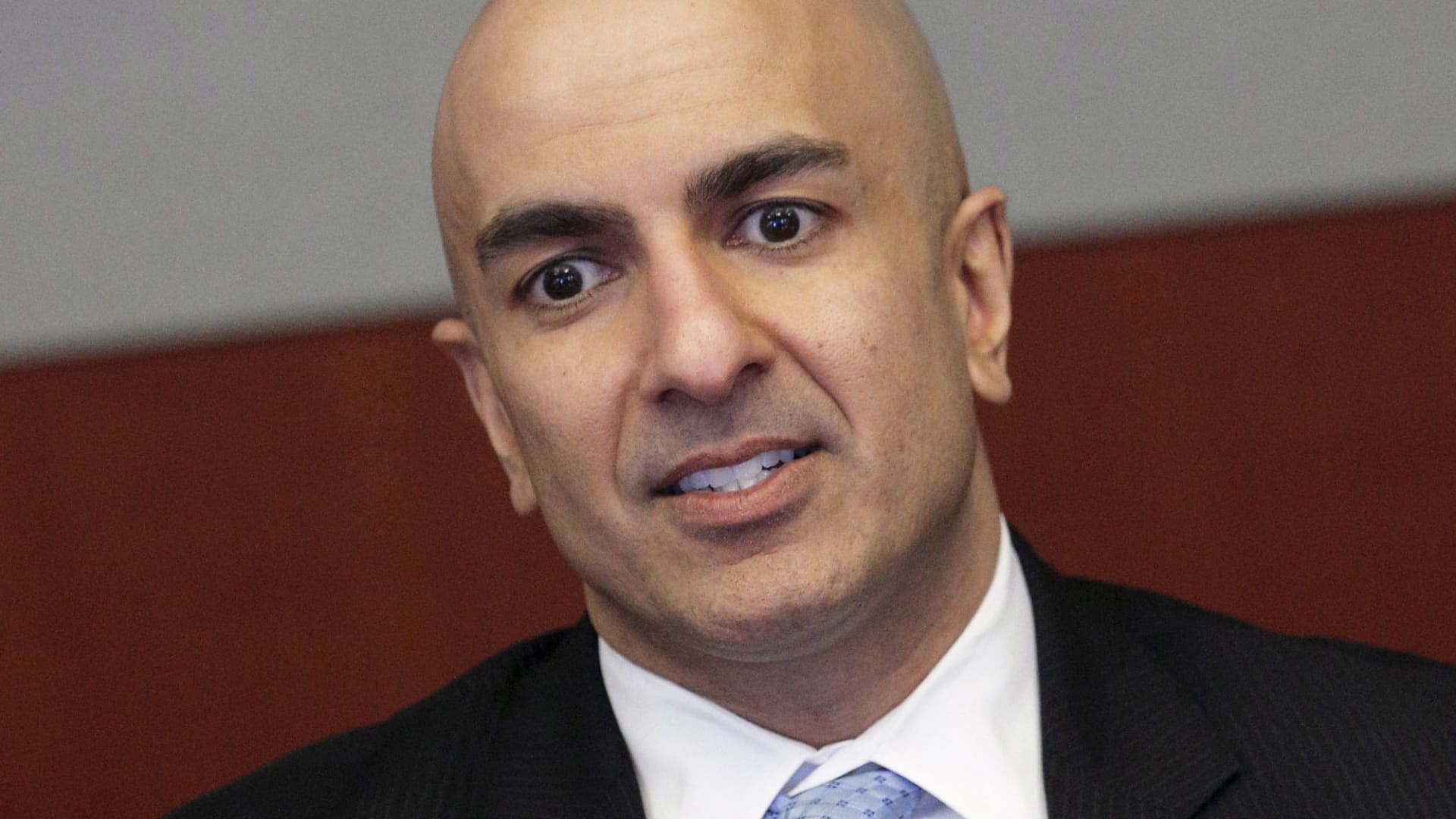 Are we in a recession? It doesnât matter, Fed official says: âIâm focused on the inflation dataâ 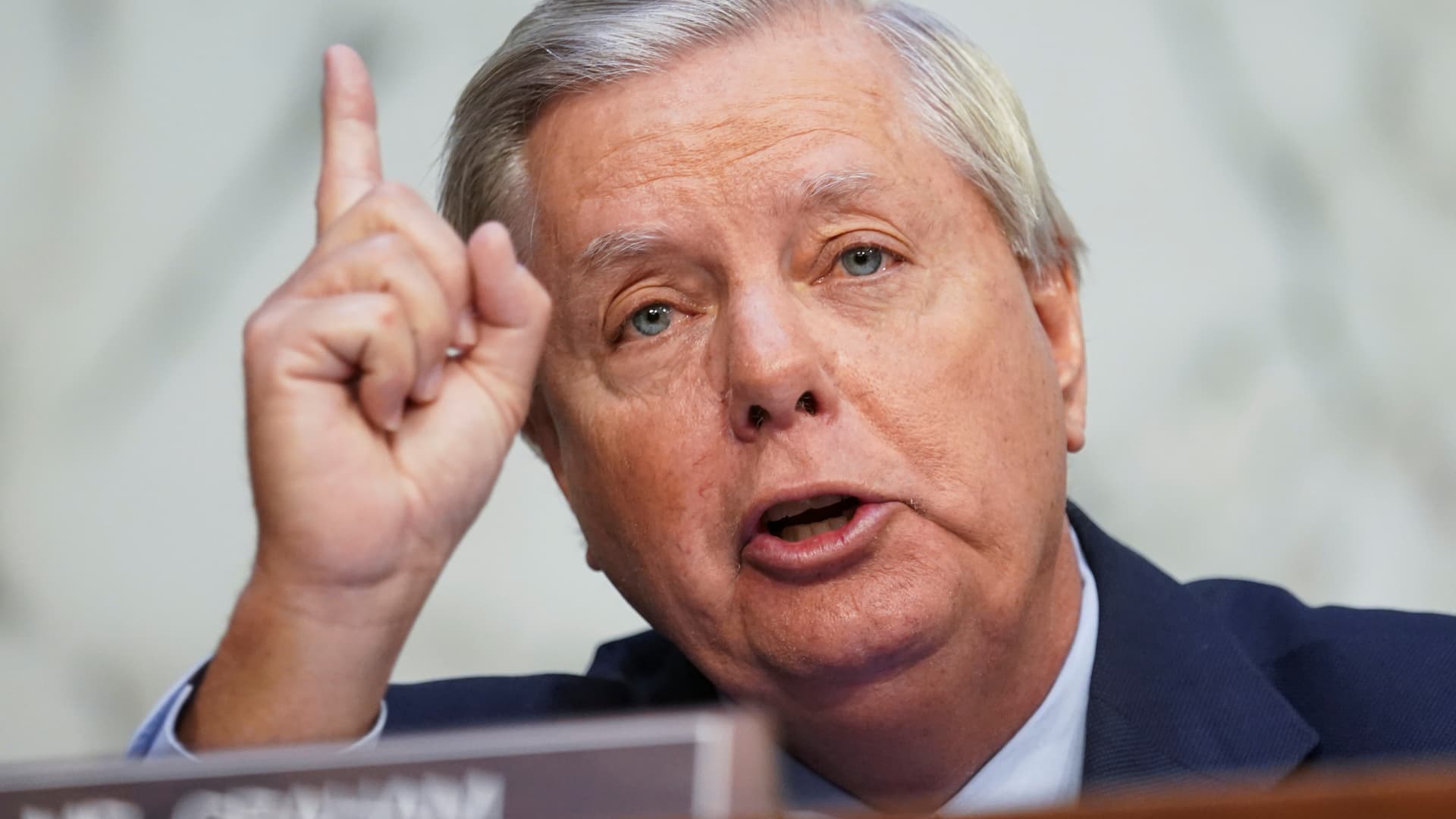 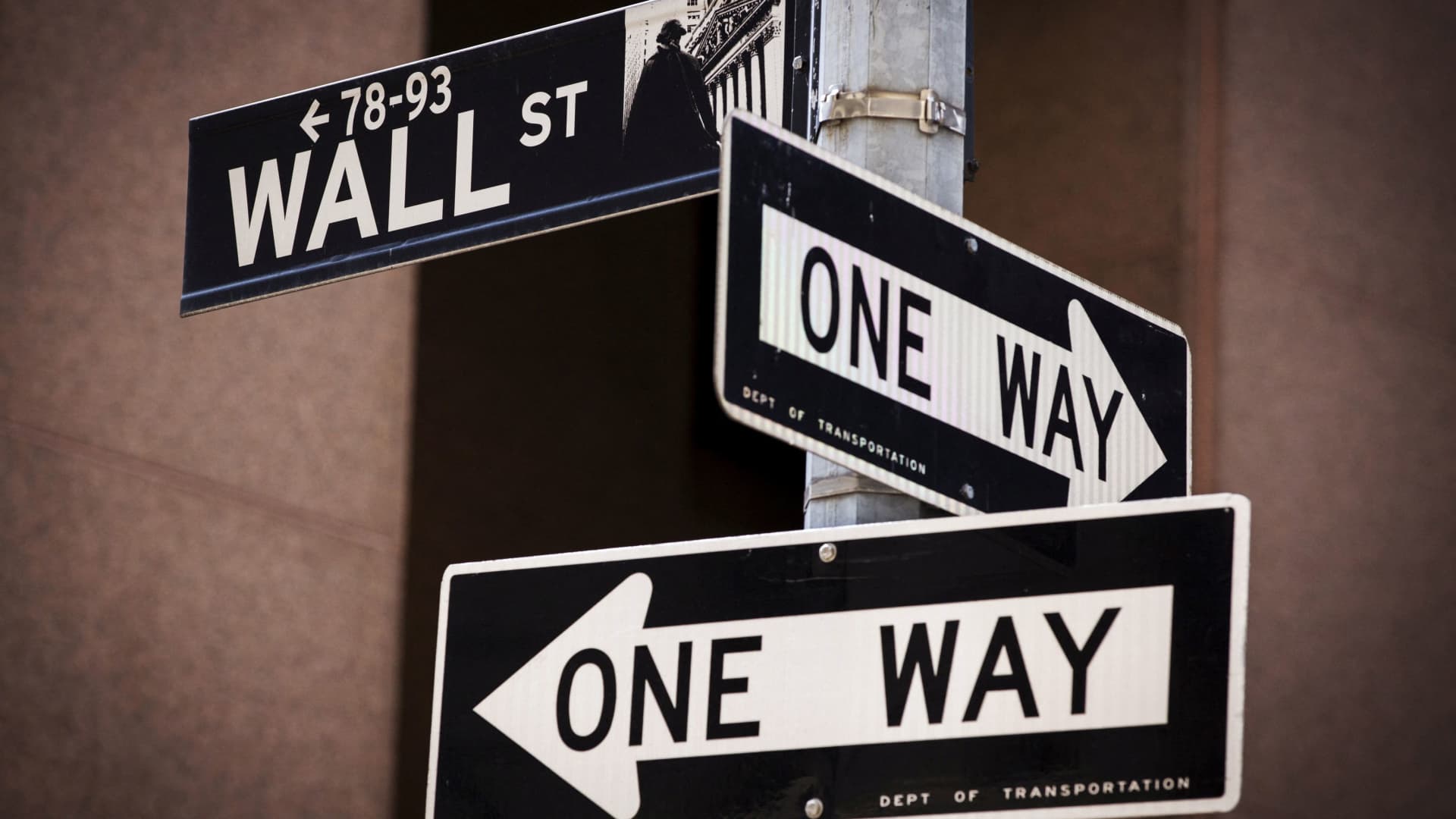