“It appears to us that any change in the zero-covid policy will only happen when authorities are convinced that mutations are less virulent and vaccines/medicines are proven to be more effective. Both are unlikely to happen in the near term,” ANZ analysts said in a note.

Investors had been optimistic that more aid was on its way to revive construction projects stalled by a wave of repayment boycotts from homebuyers, but none was forthcoming during a key Politburo meeting.

“There’s no clear message that the central government will coordinate any property sector rescue, which is a bit disappointing,” Australia & New Zealand Banking Group Ltd. analysts, including senior economist Betty Wang said in a note.

Iron ore rebounded this week, with the benchmark 62%-grade material gaining about 15% in the spot market as of Thursday.

(With files from Bloomberg and Reuters) 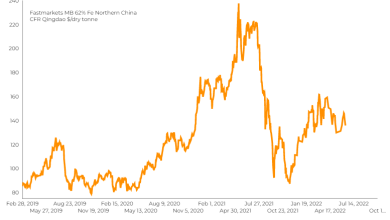