Locations with existing infrastructure, such as forecourts of fossil fuel retailers, had always been viewed as good candidates for hosting electric vehicle charging facilities to some extent. Many sites, of course, would require some infrastructure upgrades to handle the new load from the electric vehicle charging stations depending on the power requirements. As the transition to electric mobility accelerates, we are starting to see more of the major fossil fuel retailers in several countries in Africa partnering with players in the electric mobility space to offer services to support electric vehicles.

Recently, TotalEnergies Kenya partnered with Ampersand to roll out battery swapping and charging centers at TotalEnergies’ sites in Nairobi, starting with three sites, which are TotalEnergies Hurlingham, TotalEnergies Dagoretti, and Mountain View. Now, Zuva Petroleum in Zimbabwe has started rolling out electric vehicle charging stations at its sites in Zimbabwe. The first site was launched on the 30th of June. It is located on Piers Road in Borrowdale, next to Harare’s premier shopping center, Sam Levy’s Village. Zuva Petroleum says the new charging station will allow people to charge whilst they shop. 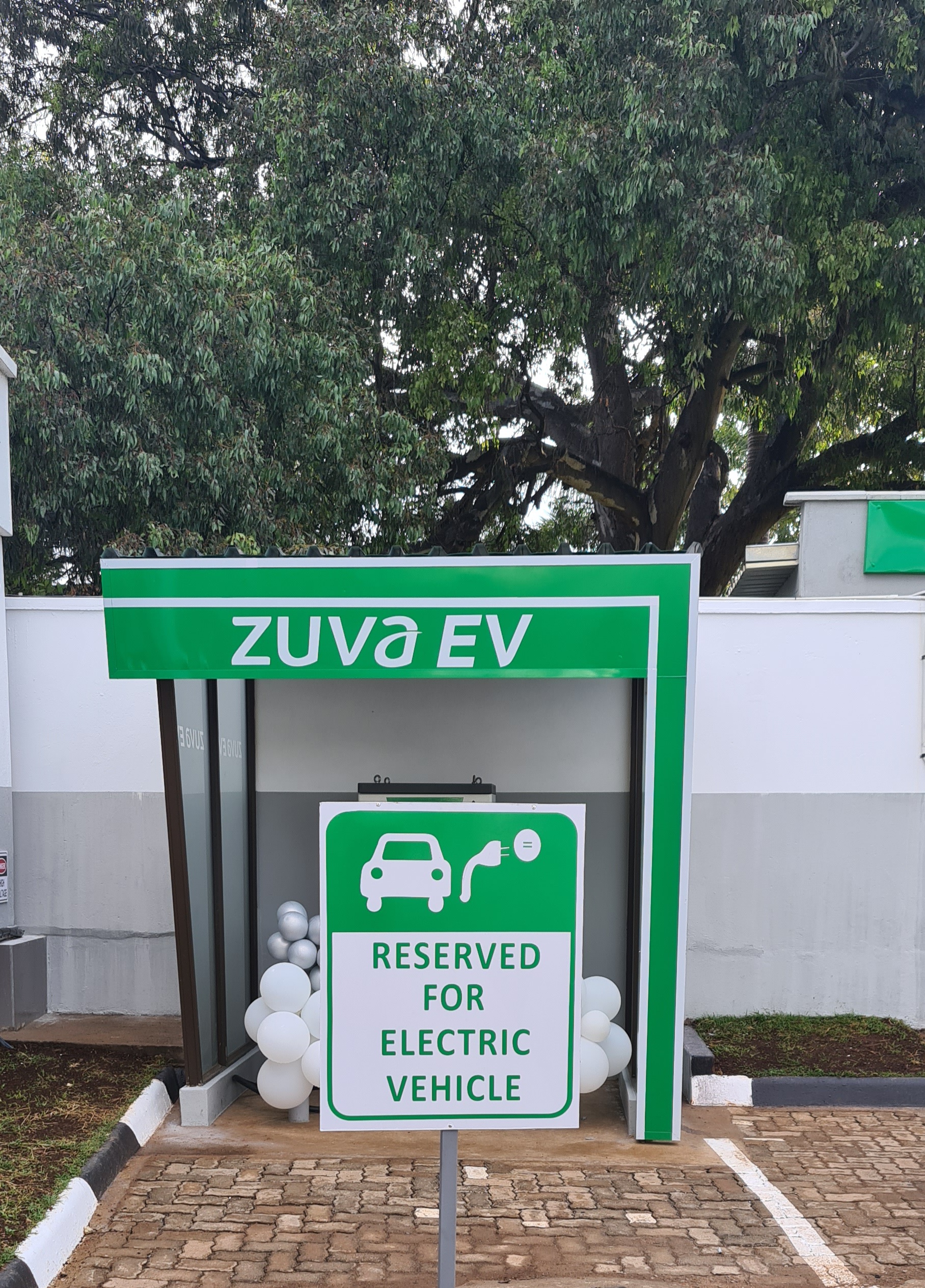 The site is equipped with a 60 kW DC fast charger with CCS 2 connector. They had to upgrade the supply to the petrol station to accommodate the new DC fast charger. The 60 kW DC charger will allow one to charge the BYD E6 for example, which has a 70 kWh Blade battery, to full in about one and a half hours.

There are a number of brand new all electric vehicle models now officially on sale in Zimbabwe, such as the BYD T3 van and the BYD E6. There are also several dealers now bringing in used electric vehicles from Japan and the United Kingdom, but sales still remain low. Potential customers interviewed have been indicated that they would consider buying EVs if there was an extensive charging network. Zuva has over 80 service stations across Zimbabwe that currently only serve internal combustion engine vehicles. Should they grow the charging station network to cover most of the service stations in their network where it’s feasible, it would go a long way in helping to establishing a widespread charging network in Zimbabwe.

Solar Sal Electric Boat Cruises All Day On Nothing But Sunshine BMW Expands Battery Production, Tells Us About The Process