Amgen plans to acquire a fellow Californian biotechnology company, ChemoCentryx, for $3.7 billion in a deal meant to deepen its pool of medicines targeting inflammation and the kidneys.

The companies expect their deal, announced Thursday, to close sometime between October and December. Its completion would hand Amgen a few experimental medicines in the early stages of human testing, plus a marketed therapy known as Tavneos, which the Food and Drug Administration approved late last year as a supplemental treatment for a group of rare autoimmune diseases.

Together, this group is referred to as ANCA-associated vasculitis because it arises when an “ANCA” antibody attaches to a type of white blood cell called a neutrophil. This interaction then leads the neutrophils to attack small blood vessels, causing inflammation to the vessels and damage to surrounding tissues and organs.

Tavneos is an oral drug meant to block a protein involved in the body’s inflammatory responses. Its approval was based on a late-stage, 331-participant trial, results from which were published in The New England Journal of Medicine. They showed Tavneos hit both of the trial’s main goals, as enough patients treated with the drug experienced disease remission at 26 weeks and sustained remission at 52 weeks.

Specifically, the FDA approved Tavneos in combination with standard therapy for adults with the two most common forms of ANCA-associated vasculitis, both of which are known to affect the kidneys and lungs.

Tavneos is also approved in Europe, Canada and Japan, though it’s commercialized in those regions by other drug firms. In the U.S., first quarter sales of the drug totaled $5.4 million, exceeding expectations of Wall Street analysts.

“Tavneos could be a blockbuster drug with no competition anywhere close and patent protection well into 2030s,” wrote Steven Seedhouse, an analyst at Raymond James, in a May 5 note that followed ChemoCentryx’s latest earnings report.

In a statement, Amgen CEO Robert Bradway said that the ChemoCentryx deal offers a “compelling opportunity” to add to its inflammation and nephrology businesses. In the former, it has the blockbuster anti-inflammatory agent Enbrel, the psoriasis and arthritis drug Otezla, and a series of biosimilars referencing lucrative products like Humira and Remicade. In the latter, it sells the anemia medicines Epogen and Aranesp, along with two treatments for a common complication from chronic kidney disease.

During the first three months of this year, Amgen recorded $6.2 billion in revenue, a 6% increase from the same period in 2021. Sales of Enbrel, Otezla and Epogen were down year over year, but were offset by gains from other products like bone density drug Prolia.

Amgen also recorded $5.8 billion in cash and cash equivalents as of March 31.

Per deal terms, Amgen has offered to acquire ChemoCentryx at $52 per share, reflecting a 116% premium from the roughly $24 shares traded at by market’s close Wednesday.

Amgen’s premium is on the higher end for recent biopharma deals in which the buyer gets at least one marketed product. For example, Pfizer’s planned $11.6 billion acquisition of Biohaven Pharmaceuticals and its migraine drug Nurtec ODT carries a 79% premium. Lower still is the 19% premium in CSL’s $11.7 billion deal for Vifor Pharma.

BMW Expands Battery Production, Tells Us About The Process

10 clinical trials to watch in the second half of 2022 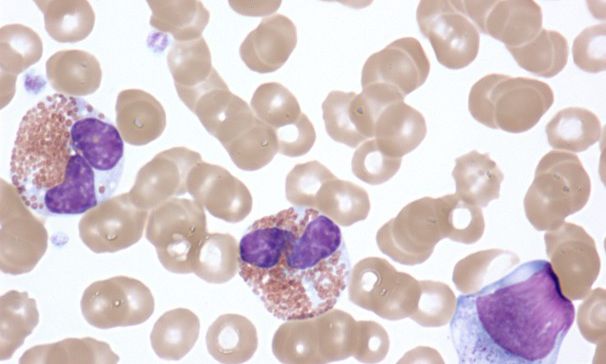