BYD is on the move. Shortly after announcing it will start selling 3 models of electric cars in Japan, the company let it be known that it will soon begin selling cars in Germany and Sweden as well. According to CnEVPost, BYD has formed a partnership with European dealer group Hedin Mobility to provide electric cars for customers in those countries.

Hedin Mobility will open showrooms in several Swedish cities. In Germany, BYD will work with Hedin Mobility to select local dealers to cover multiple local regions. The first BYD cars are expected to be delivered to customers in Europe in the fourth quarter of this year. The first one out of the chute will be the BYD Han electric sedan, equipped with the company’s proprietary blade batteries.

The company says the Han accelerates to 100 km/h in 3.9 seconds and offers a package of driver assistance features that qualify it for Level 2.5 on the SAE autonomous driving standard. Range is stated as 605 km (376 miles) using the NEDC standard. EPA range is typically about a third less.

BYD says it is the world’s largest manufacturer of new energy vehicles (which includes plug-in hybrids), with sales of more than 640,000 units in the first half of the year. It sold a record 134,036 NEVs in June, the fourth consecutive month with more than 100,000 units, according to figures released by the company on July 3. July sales are expected to be revealed next week.

Hedin Mobility is one of the largest dealership groups in Europe, with more than 230 dealership stores and operations in eight European countries and regions, including Sweden and Germany.

BYD also announced today it will participate in the Paris auto show in October as part of its strategy to introduce its latest passenger cars and technologies to the European automotive audience. The biennial Paris Motor Show is one of the world’s most important auto shows, but the event was last held four years ago due to the Covid pandemic. This year’s event will be held from October 17 to 23.

In anticipation of strong sales in Europe, BYD will order up to 8 LNG dual-fuel car carrier ships capable of transporting 7,700 vehicles each. They are expected to begin delivering cars to Europe and other markets in 2025, according to Xinde Marine News, which cited a report by Lloyd’s List.

Just a few weeks ago, Warren Buffett sold his entire 25% stake in BYD, which suggests the Sage of Omaha feels there is little upside left in the company’s stock price. But the latest plans to enter the European market seem to indicate the company sees things differently.

Toyota and Mercedes once held significant investments in Tesla that would have led to handsome profits if they had kept them. If BYD does what Tesla did after its early investors sold their shares, some people are going to be very happy campers in a few years. 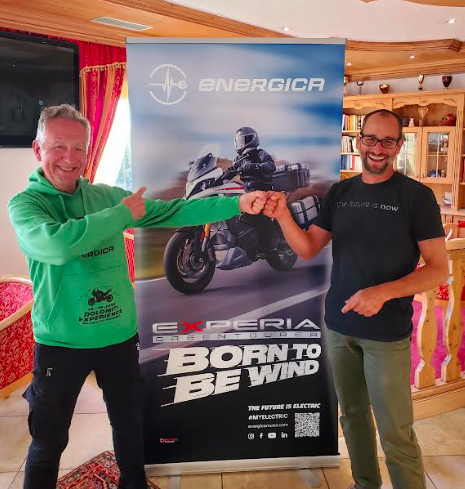