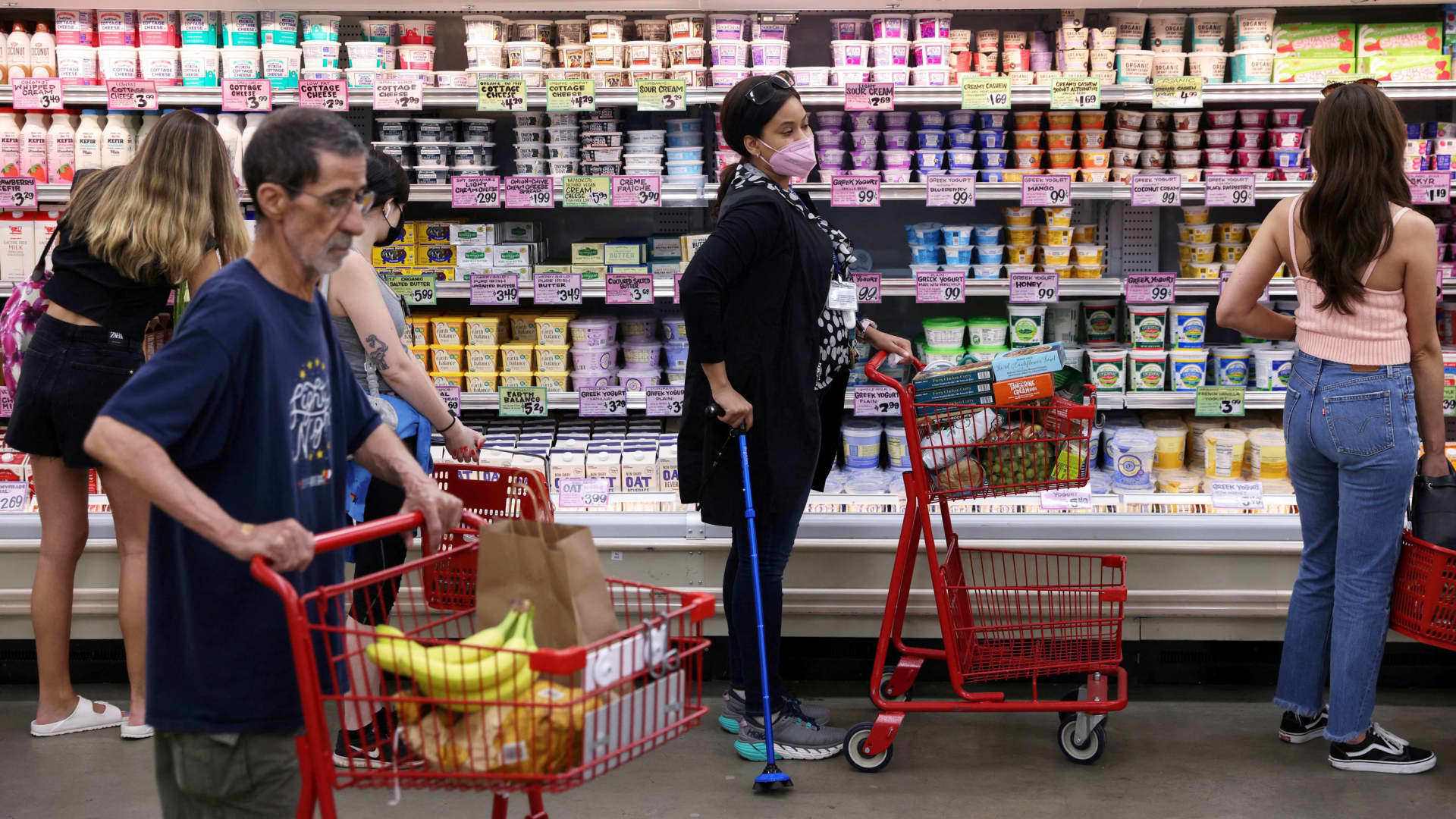 Inflation may finally be cooling, thanks to falling gasoline prices and fading supply chain issues.

Economists expect July’s consumer price index rose 0.2%, down from 1.3% in June, according to Dow Jones. Year-over-year, the pace of consumer inflation in July is expected to fall to 8.7%, down from June’s 9.1%.

CPI is reported at 8:30 a.m ET Wednesday, and is expected to show that inflation has finally peaked. Investors are also closely watching the report for clues as to how aggressive the Federal Reserve might be in raising interest rates to fight rising prices.

“You have about four drivers of inflation right now. You have commodity prices. That’s going away. You have supply chain issues. That’s going away, but you’re still left with housing and the labor market, and that’s going to show up in services inflation,” said Aneta Markowska, chief economist at Jefferies. “You still have a problem with services inflation, and that’s driven by shortages in housing and labor. That’s not going away any time soon, until the Fed manages to destroy demand and that hasn’t happened.”

Excluding energy and food, CPI is expected to rise by 0.5% in July as rents and services prices rose, but that is down from 0.7% in June. Core CPI is still expected to be higher than June on a year-over-year basis, gaining 6.1% from June’s 5.9%.

“Everyone is primed for reasonably good news, so it’s got to be good news. If it’s not as good as people think, it’s going to be unusually bad news,” said Mark Zandi, chief economist at Moody’s Analytics.

Zandi said he expects headline inflation to rise just 0.1%. “That would put year-over-year at 8.7%, uncomfortably high, painfully high but moving in the right direction. I think the 9.1% inflation rate we suffered in June will be the peak…a lot of this depends on oil prices,” he said.

The report comes as both consumer and market expectations for inflation are falling. A survey from the New York Federal Reserve this week showed that consumers expected inflation to run at a 6.2% pace over the next year and a 3.2% annual rate for the next three years. That is a big decline from the respective 6.8% and 3.6% results in a June survey.

Bond market metrics for inflation, such as the 10-year breakeven, show that investors see a slower pace of inflation than they did just a couple of months ago. According to Ian Lyngen, head of U.S. rates strategy at BMO Capital Markets, the 10-year breakeven is now 2.50%, down from a high of 3.07% earlier this year.

That means that market participants now expect a rate of inflation that averages 2.50% annually over the next 10 years. Lyngen said the risks around the July CPI tilt toward an even lower number than expected.

“There’s just too many wild cards for us to have a particularly strong opinion, other than to say this is consistent with peak inflation and will be traded as such,” he said.

Oil is the wild card

One wild card is oil and, while it has been falling lately, market views diverge on what will happen later in the year. The price is highly dependent on geopolitical events and how much the global economy slows. August has seen some of the lowest prices for oil since Russia’s invasion of Ukraine, with West Texas Intermediate crude futures trading at around $90 Tuesday, well off the March near $130 per barrel.

Gasoline prices fell through the month of July and are down about 20% from the June 14 peak of $5.01 per gallon. The average national price for a gallon of unleaded was $4.03 per gallon Tuesday, according to AAA.

Housing costs are expected to have continued to rise in July. In June, the rent index rose 0.8%, the largest monthly increase since April 1986.

“That’s not coming in. That will remain persistently high, at least through next year. We may see the worst acceleration of housing costs by the end of the year,” said Zandi.

Zandi said that dual improvement in supply and cooling of demand mean rents could eventually moderate.

“One reason is because demand is hurt. People can’t pay these rents….and the other is supply. Multifamily construction is strong,” the economist said.

“That will show up in housing CPI, but it won’t be until next year,” he said. “That will add about a half a point to inflation going forward for the foreseeable future. We have inflation settling at 2.5% on CPI, in spring of 2024. But a half point of that is housing.”

Markowska said consumers got a break in July travel costs, which have fallen from the highest pace of the spring and summer. In July, she expects the CPI airfare index to decline by 7.7% month-over-month, taking 0.1% from core CPI.

So far, Markowska said car prices do not seem to be coming down. “We seem to have extremely low inventory levels. I’m not looking for big gains there. Used car prices, they’ve been up two months in a row. I think they post another increase this month and new car prices will be up as well,” she said. She added prices do seem to be stabilizing. “I think a lot of folks were expecting we would reverse some of the price gains.”

She said supply chain issues have been easing. “You see that pretty clearly in a lot of indicators — ISM indices, prices paid are declining, delivery times are shortening. Traffic on the Pacific is below levels we saw last year. We’re actually in a peak shipping period as well. Everything seems to be moving in the right direction,” she said.

Economists say it is important the Federal Reserve sees inflation abating. But this is just one report, and the Fed will also be looking at the next jobs report for August and the August CPI before it raises interest rates again in September.

Lyngen said all of those numbers will decide whether the Fed hikes 50 basis points, as had been expected before Friday’s strong jobs report, or 75 basis points, in line with the June and July increases. The economy added 528,000 jobs in July, double what economists had forecast. A basis point equals 0.01 of a percentage point. 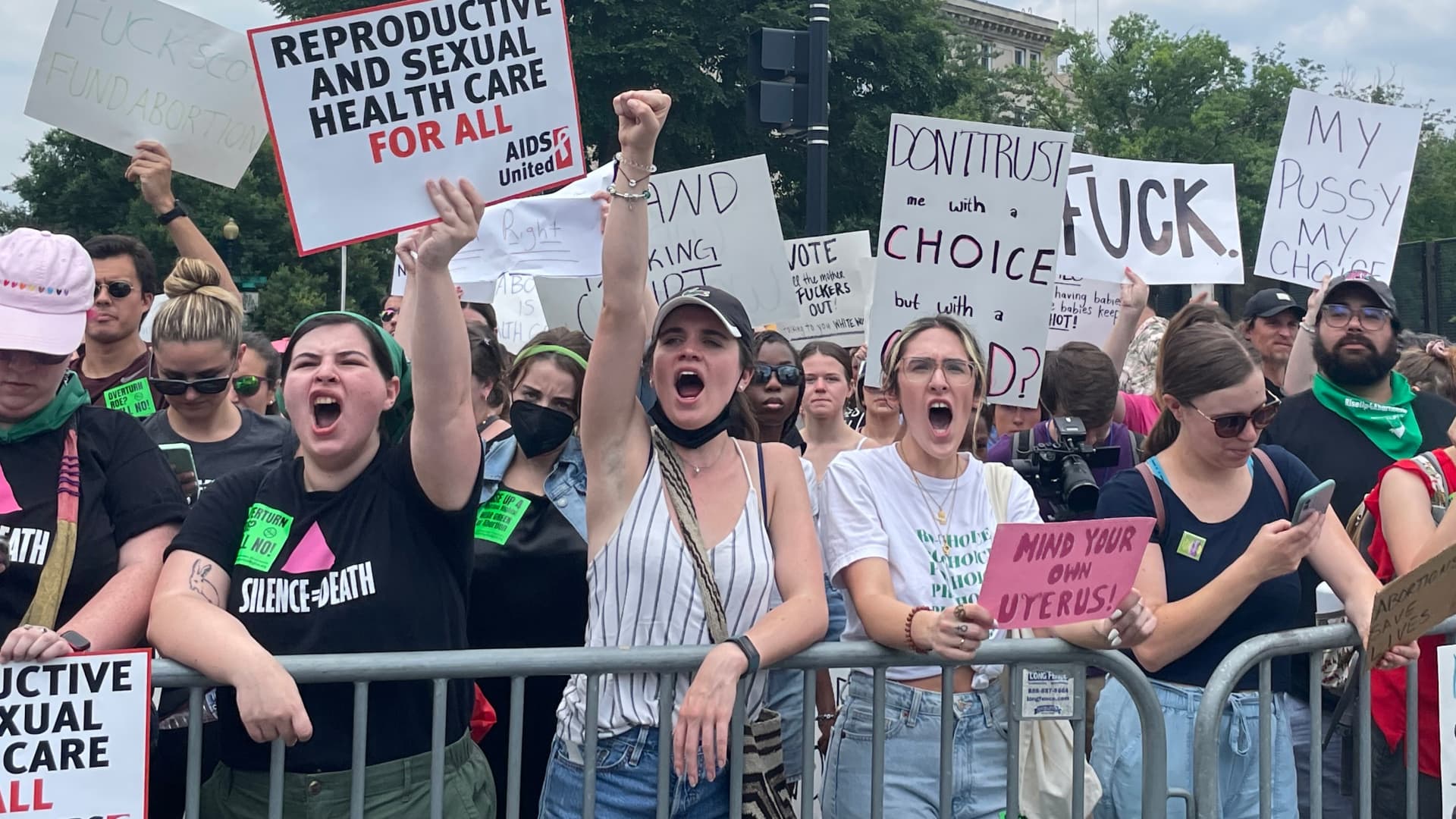 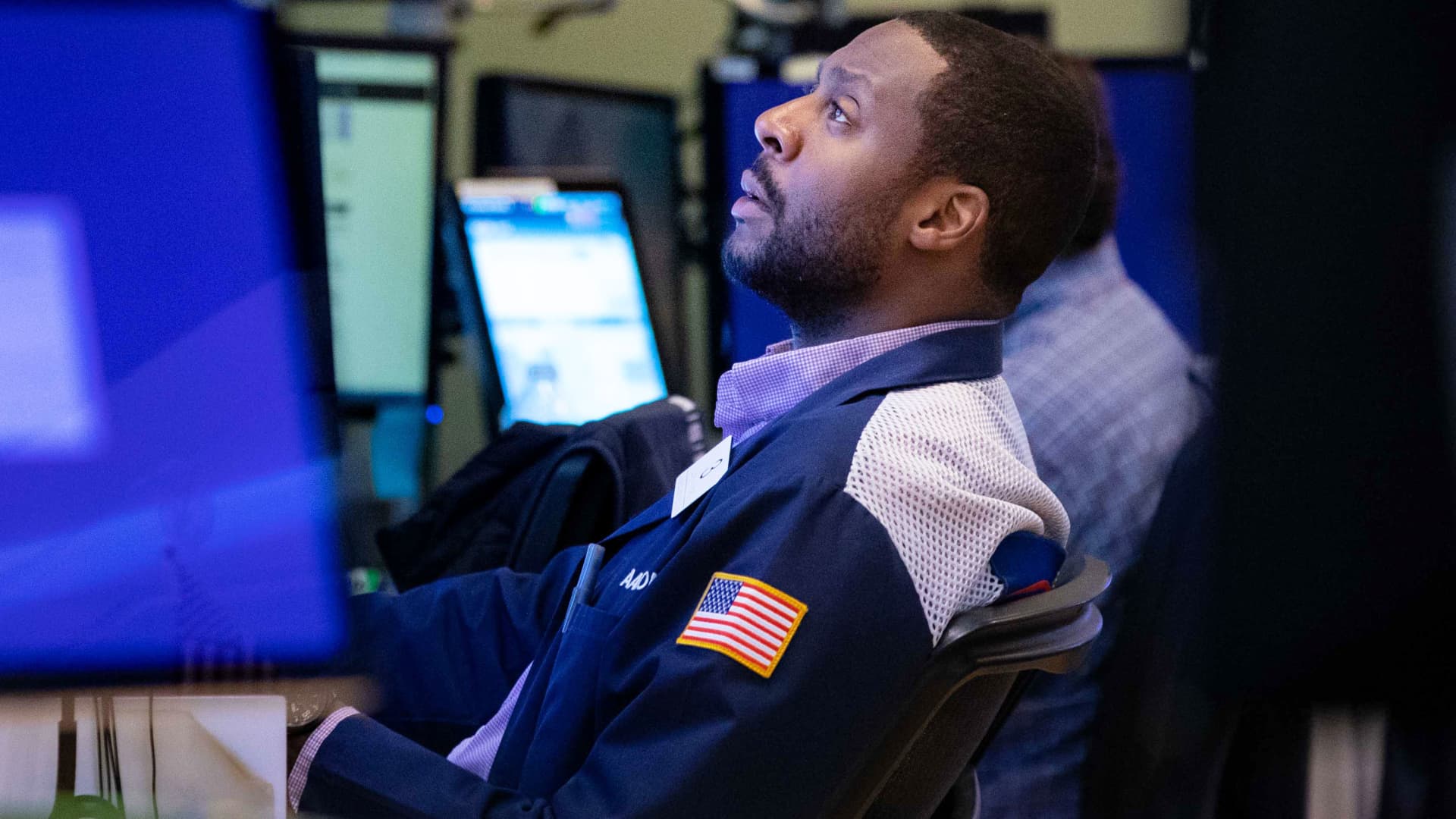 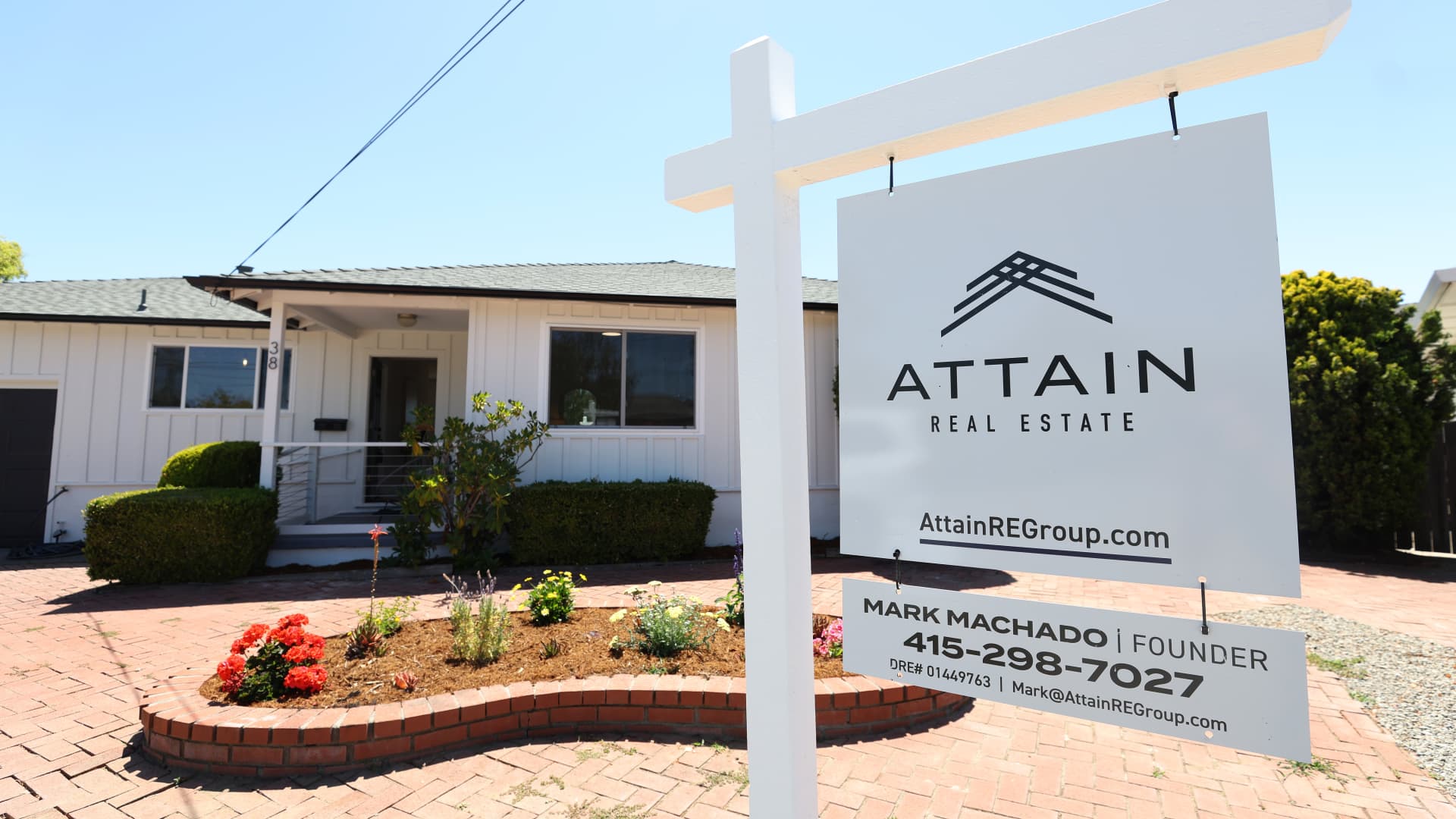