Germany, Europe’s largest auto market, saw plugin electric vehicles take 25.5% share in July. This up from 22.6% year on year. Overall auto market volumes were down some 34% from seasonal norms, to 205,911 units, the worst July performance in many years. The Fiat 500e was again Germany’s best selling full electric for the month. With Tesla on a low-ebb logistics month (despite the Brandenburg factory just starting to register decent volumes), the Fiat 500 again took the pole position in July, with 2,170 units. Notable newer faces in the model ranks include the Volkswagen ID.5, the Seat Cupra Born, and the Renault Megane. The VW ID.Buzz is still very early in its ramp, at just 34 units in July.

Existing models which climbed up the ranks in July include the Opel Corsa, VW ID.3 and VW Up!, Dacia Spring, Opel Mokka, and Audi Q4 e-tron. In most cases their elevation was not due to an absolute increase in their volume compared to June, but instead due to the under-performance of other BEVs taking a break after the close-of-Q2 push.

For Tesla — we have to assume that a decent chunk of Germany’s 1,035 Tesla Model Y deliveries in July came from the Brandenburg factory. We know that not all Brandenburg output is directed exclusively at Germany’s market — some are turning up in Norway and other places. But of those registered in Germany in July, perhaps half were locally produced? Share your thoughts on this below.

To get beyond the ups and downs of month-by-month results, let’s take a look at the trailing 3 month performance: Compared to the previous time period (February-to-April), the diminutive Fiat 500 climbed from runner-up, to the top, displacing the Tesla Model 3. This is a great result for the pint-sized super mini, which is the right-sized car for many Europeans.

A significant change in position also came from the recent introduction of the Volkswagen ID.5 (“SUV coupe”) variant of Volkswagen’s MEB electric platform over the past 3 months. Essentially a fastback version of the VW ID.4, the newcomer helped the combined ID.4/ID.5 climb from 8th previously, to take 2nd place in the latest chart (the KBA counts them as one).

Shout out also goes to the Opel Corsa (another diminutive hatchback) which had a good volume boost (2.3x growth), allowing it to climb impressively from 14th to 3rd.

Here are the latest quarter’s stand-out improvements compared to the previous period:

Tesla’s Model 3 saw the biggest downgrade of the trailing 3 months, falling from its customary top (or near top) position all the way down to 26th (and outside the top 20 chart). Recall that the Model 3 was Germany’s best selling BEV in 2021, and as recently as the first quarter of 2022.

This is likely only a temporary set-back, largely due to Shanghai production pauses during H1, and the Model 3 should be back in the upper ranks by the end of September or October. The Model Y also took a hit over the three months, but a more modest one.

One thing to watch is which sibling has the higher volume throughout the rest of the year. Perhaps the Brandenburg factory churning out exclusively Model Y makes this an unfair comparison.

Here’s a summary of the significant falls in ranking:

The usual disclaimer: periodic volume variations sometimes reflect temporary regional allocation decisions, or production line batching, rather than significant demand changes. However, Germany is by far the region’s largest BEV market, so if a model widely available in Europe is performing poorly here (especially over a 3 month window), then it may be significant.

Another way to step back and look at the larger trends is via the manufacturing group performance:

Compared to the February-to-April period, Volkswagen Group retained the top rank in BEVs, with an impressive 65% volume growth. Stellantis climbed one spot to 2nd (54% growth), and Renault-Nissan climbed a giant 4 spots to take 3rd (37% growth).

Hyundai Motor Group stayed flat, in 4th. BMW climbed a spot from 6th to 5th (despite a 17% drop in volume), swapping places with Mercedes Group (down 28% in volume).

Tesla dropped rank from 2nd to 7th, with a 70% drop in volume. Again, this was largely due to Shanghai production pauses in H1, and should be only a temporary set back.

There are too many macro uncertainties to have a clear view of what will happen in Germany’s auto industry and consumer market over the coming months. The price of natural gas — so key to Germany’s overall industry and competitiveness — has increased by almost 7x YoY on the European benchmark index.

Germany’s largest gas importer, Uniper, is now facing bankruptcy, with potential losses of €10B this year, and has requested an urgent government bailout.

Habeck himself recently admitted that his much fanfared “agreement” in March with Qatar, to import LNG to replace Russian pipeline gas, has in fact come to nothing. Habeck now says that “The Qataris decided not to make a good offer“, making a mockery of his own earlier assurances. He has recently faced heckling by audiences during talks given in Bavaria, and accusations of being a warmonger, according to left-liberal newspaper, Stern.

The longstanding ZEW survey of economic sentiment amongst industry and investors has slumped to the lowest level since 2008.

Commerzbank, Germany’s second largest lender, has issued a report warning that, unless the energy supplies crisis can be resolved, rationing will strongly effect industry and lead to a 2022 national economic contraction of 2.7%. We have already just seen 2022 H1 general consumer retail sales drop by the largest amount in three decades, decreasing 8.8% in real terms, YoY.

With Germany’s auto industry the center piece of European industry, my monthly report will necessarily be tracking these economic developments over the coming months. We have just seen that July’s overall auto sales volumes are down some 34% from seasonal norms. Even combined plugin volume has shrunk 5.5% YoY.

With traditional road fuel prices at record highs, those with deep pockets who can still buy new cars will likely continue to favour plugins, so the plugin share of new car sales should continue to rise. But against the backdrop of the above industry headwinds, one has to wonder at the economic health of the auto makers who are providing these vehicles. A few relatively wealthy buyers of new cars who want plugins are not going to sustain Germany’s entire auto industry (nor wider economy), and the millions of jobs involved.

What are your thoughts on Germany’s auto industry outlook in the months ahead? Please join in the discussion in the comments section below.

Buffer or bet against? Here are some new strategies for single-stock ETFs 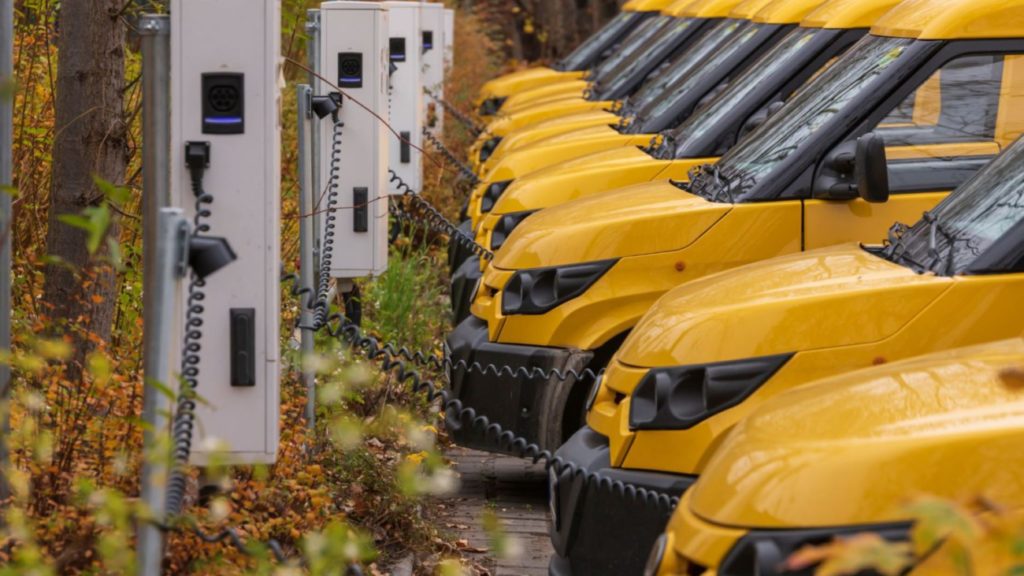 Corporations Confront Obstacles In The Transition To Green Vehicle Fleets

Glencore profit more than doubles thanks to soaring coal price Roasting Green Chile with the Power of the Sun Dacia Manifesto Is The EV For Rugged Outdoors Folks