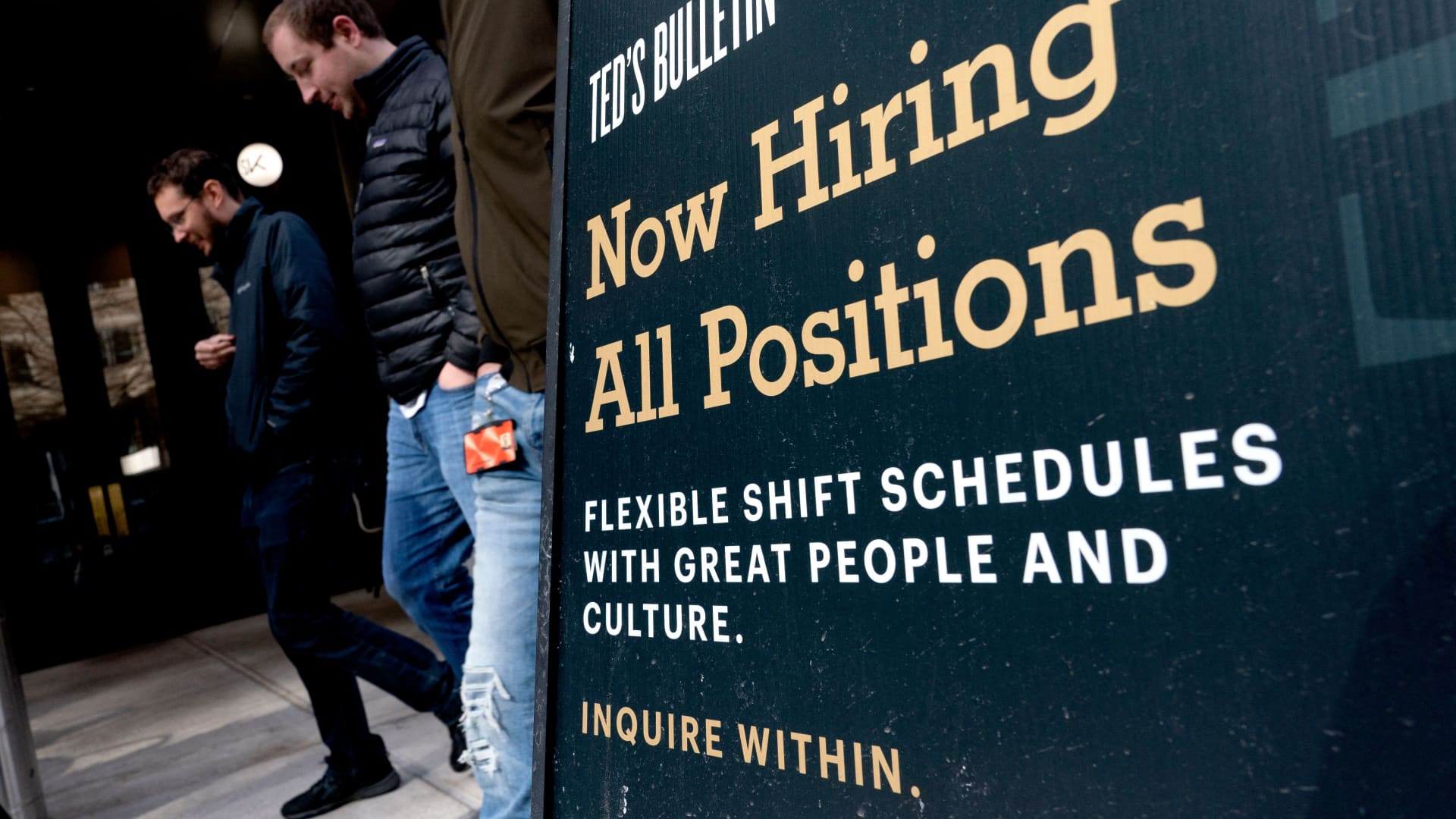 Hiring in July was far better than expected, defying multiple other signs that the economic recovery is losing steam, the Bureau of Labor Statistics reported Friday.

Nonfarm payrolls rose 528,000 for the month and the unemployment rate was 3.5%, easily topping the Dow Jones estimates of 258,000 and 3.6%, respectively. The unemployment rate is now back to its pre-pandemic level and tied for the lowest since 1969, though the rate for Blacks rose 0.2 percentage point to 6%.

Wage growth also surged higher, as average hourly earnings jumped 0.5% for the month and 5.2% from the same time a year ago. Those numbers add fuel to an inflation picture that already has consumer prices rising at their fastest rate since the early 1980s. The Dow Jones estimate was for a 0.3% monthly gain and 4.9% annual increase.

More broadly, though, the report showed the labor market remains strong despite other signs of economic weakness.

“There’s no way to take the other side of this. There’s not a lot of, ‘Yeah, but,’ other than it’s not positive from a market or Fed perspective,” said Liz Ann Sonders, chief investment strategist at Charles Schwab. “For the economy, this is good news.”

Markets initially reacted negatively to the report as traders anticipated a strong counter move from a Federal Reserve looking to cool the economy and in particular a heated labor market. However, the Dow Jones Industrial Average ended the day positive, rising about 74 points following a day of choppy trading.

Leisure and hospitality led the way in job gains with 96,000, though the industry is still 1.2 million workers shy of its pre-pandemic level.

Professional and business services was next with 89,000. Health care added 70,000 and government payrolls grew 57,000. Goods-producing industries also posted solid gains, with construction up 32,000 and manufacturing adding 30,000.

Retail jobs increased by 22,000, despite repeated warnings from executives at Walmart, Target and elsewhere that consumer demand is shifting.

A more encompassing view of unemployment that includes those holding part-time jobs for economic reasons as well as discouraged workers not looking for jobs was unchanged at 6.7%.

Despite downbeat expectations, the July gains were the best since February and well ahead of the 388,000 average job rise over the past four months. The BLS release noted that total nonfarm payroll employment has increased by 22 million since the April 2020 low when most of the U.S. economy shut down to deal with the Covid pandemic.

“The report throws cold water on a significant cooling in labor demand, but it’s a good sign for the broader U.S. economy and worker,” Bank of America economist Michael Gapen said in a client note.

The BLS noted that private sector payrolls are now higher than the February 2020 level, just before the pandemic declaration, though government jobs are still lagging.

The unemployment rate ticked down, the result both of strong job creation and a labor force participation rate that declined 0.1 percentage point to 62.1%, its lowest level of the year.

Economists have figured job creation to begin to slow as the Federal Reserve raises interest rates to cool inflation running at its highest level in more than 40 years.

The strong jobs number coupled with the higher-than-expected wage numbers led to a shift in expectations for September’s expected rate increase. Traders are now pricing in a higher likelihood of a 0.75 percentage point hike for the next meeting, which would be the third straight increase of that magnitude.

“One the one hand, it gives the Fed more confidence that it can tighten monetary policy without leading to a widespread rise in unemployment,” said Daniel Zhao, lead economist for job review site Glassdoor. “But it also shows that the labor market isn’t cooling, or at least wasn’t cooling as fast as anticipated. … At the very least, even though it’s a surprise, I think the Fed is still on track to continue tightening monetary policy.”

The Fed has raised benchmark interest rates four times this year for a total of 2.25 percentage points. That has brought the federal funds rate to its highest level since December 2018.

The economy, meanwhile, has been cooling significantly.

Gross domestic product, the measure of all goods and services produced, has fallen for the first two quarters of 2022, meeting a common definition of a recession. White House and Fed officials as well as most Wall Street economists say the economy likely is not in an official recession, but the slowdown has been clear.

“The recession debate at this point is more academic than anything else,” said Sonders, the Schwab strategist. “You can’t deny that growth has weakened. That’s the only point in bringing up two quarters of negative growth in GDP.”

The Fed rate hikes are aimed at slowing the economy, and in turn a labor market in which job openings still outnumber available workers by a nearly 2-to-1 margin. Bank of America said this week that its proprietary measures of labor market momentum show an employment picture that is still strong but slowing, due in large part to central bank policy tightening.

The biggest reason for the retrenchment has been inflation that has been much stronger and more persistent than most policymakers had anticipated. Prices jumped 9.1% in June from a year ago, the fastest rate since November 1981.

Correction: Prices jumped 9.1% in June from a year ago. An earlier version misstated the month.

Cloudflare soars after beating on revenue and raising annual forecast

Amazon to acquire maker of Roomba vacuums for roughly $1.7 billion 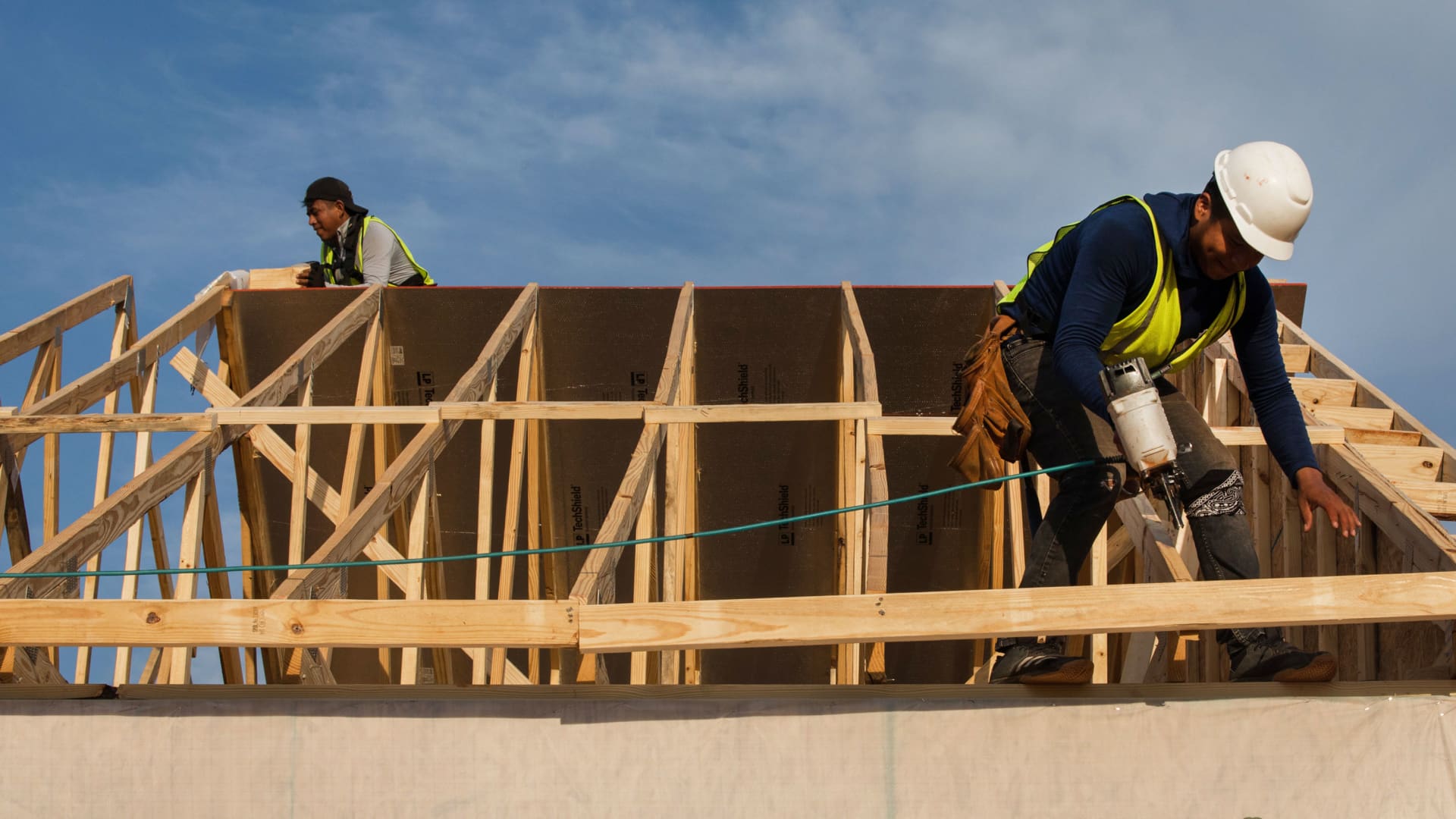 Homebuilders are boosting incentives as they suddenly struggle to sell homes 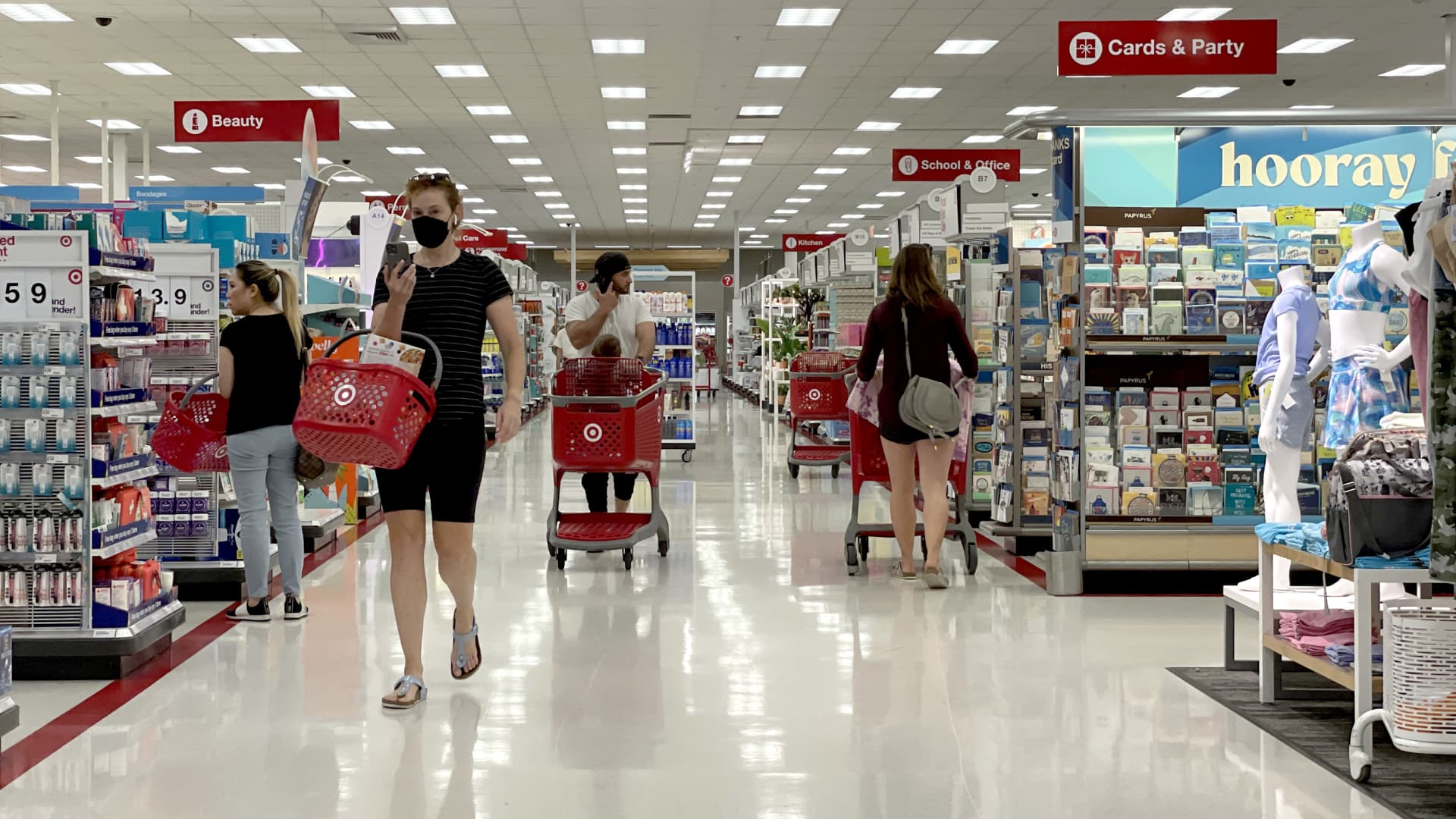 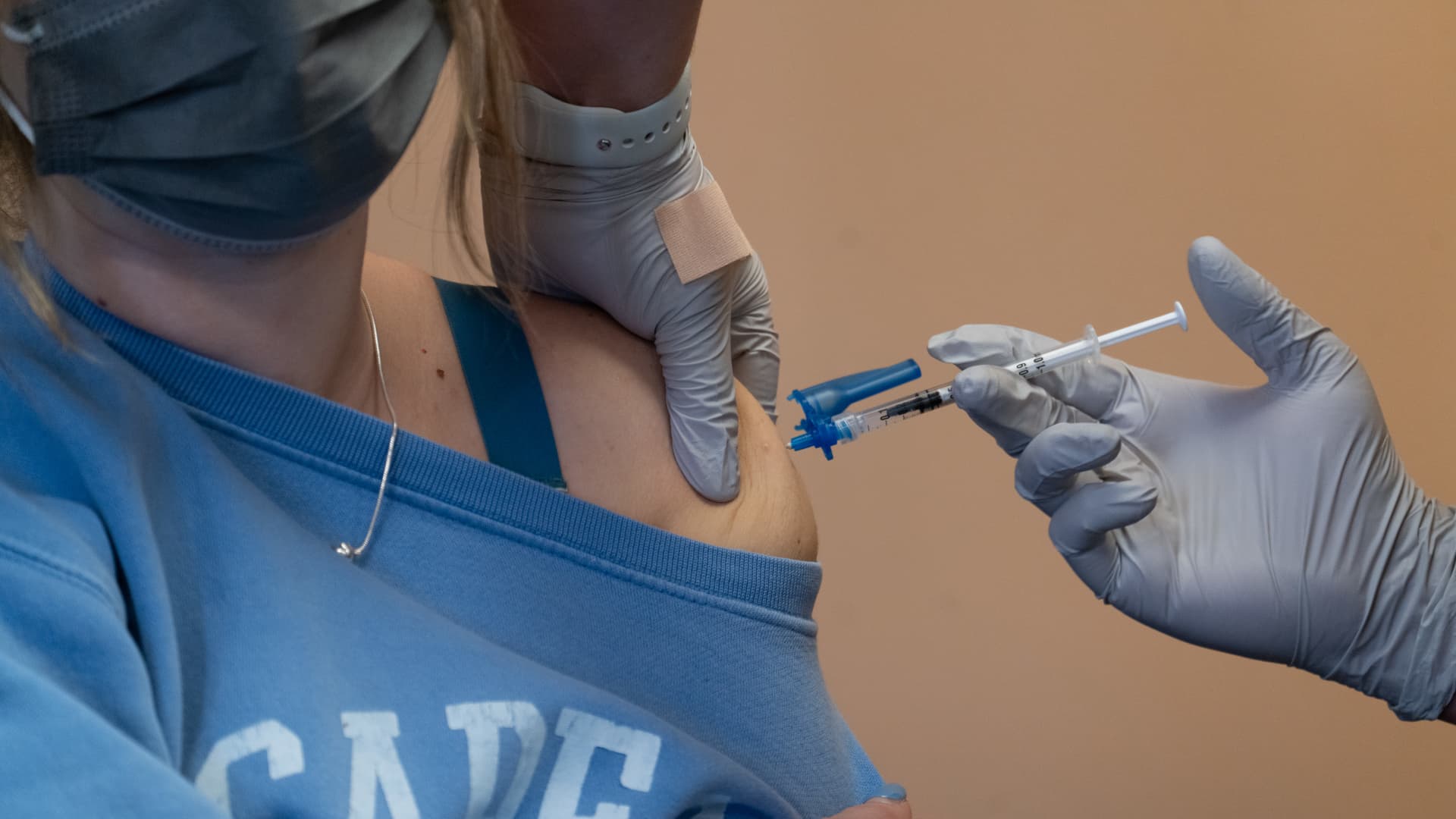 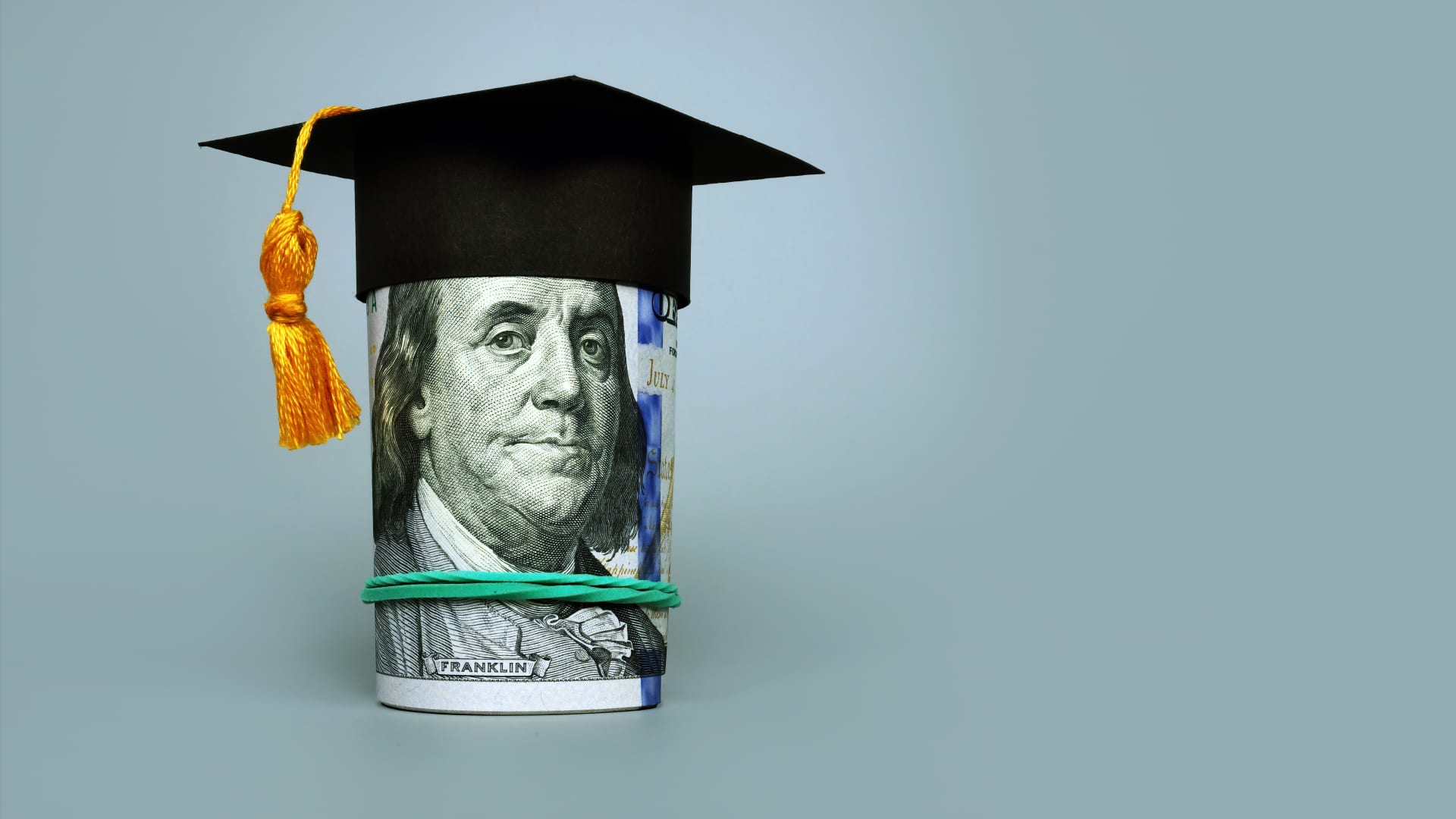 The federal government had expected $114 billion income on student loans. But it could lose $197 billion, watchdog finds