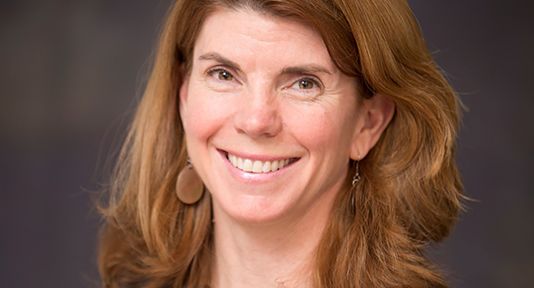 While the path to public markets has narrowed for many biotechnology startups seeking new funds, Upstream Bio is fresh off a $200 million fundraise that gave it a significant runway of cash. It’s also equipped with a clinical-stage drug based on biology that underpins an already approved medicine — reassuring for investors who, facing a market downswing, may be seeking more certainty than before.

“We have what investors probably want at this time,” said Truex, who joined Upstream as CEO last year after a short stint at Atlas Venture. “In the heyday of the last few years, when even relatively early platform companies were going public, investors were OK with not having a short line of sight to the clinic. Now they’re not OK with that.”

Upstream was put together by venture capital firm OrbiMed, Japanese drugmaker Maruho Co. and a group of other investors last year, before biotech stocks started to slide sharply. The subsequent downturn has put pressure on startups and forced their backers to adjust their thinking.

“We feel very fortunate that we don’t necessarily need to go public anytime soon,” said Truex, who previously served as CEO at Quench Bio, a biotech that Truex and her team wound down after they were unable to identify drug candidates capable of hitting their target.

At Upstream, they know their target, a protein called TSLP, can be reached. Amgen’s approved drug Tezspire is also aimed at the protein, which plays a role in the body’s inflammatory response. Upstream plans to develop it first as a treatment for asthma.

BioPharma Dive spoke with Truex about hiring in biotech, competing for capital and copycat science. The following interview has been lightly edited and condensed for clarity.

BIOPHARMA DIVE: Now that you’ve raised new funds, I imagine you’re probably hiring or planning on it. What’s hiring in biotech like in this environment? Some companies have had to lay off staff. Does that change the market for talent?

TRUEX: It’s still very competitive. I have received several resume books from companies that have had to make changes and pivot. I think that’s very unfortunate. The reality is, because I lead a company that needs to hire, I need to be opportunistic, even if I feel bad that those resume books are available.

That’s the great thing about this industry. A company failing to survive is not a technical failure, or a personnel failure. There are a lot of great people who are available and looking for positions, but there’s still a lot of competition for them. I think that Upstream, while we are experiencing competition, is relatively attractive in that we have a clinical-stage, high quality asset and a pretty good funding runway. We are very fortunate to be in that position.

That said, we have some positions we’ve been trying to hire for for a number of months because we need to really hire the right people. It’s not easy to fill them, even with our financial position.

You’ve spoken about your time at Quench Bio and getting to a point of saying, ‘OK, we tested this hypothesis. It didn’t work out as planned and we should move on.’ How does the current environment affect that kind of decision-making? Is there more pressure when you reach those decision points? Does it change how investors think about funding companies?

TRUEX: I think that is probably true. I feel fortunate to be in the situation that we’re not quite at a decision inflection [point] yet. So we have not had that pressure.

There’s a lot of capital available in this market. But, because the public markets are not very healthy, private investors are realizing that demands on the money they have may be higher, and more of their companies will be coming back to them for more private investment if they can’t make a path in the public market.

There is more competition for capital and, yes, I do think there is probably more pressure to be very disciplined. Partly, I know that because I’ve had a number of other people who lead companies ask me to talk through how we laid out that decision path at Quench. How did we stand shoulder to shoulder and make sure everybody agreed that that was the decision tree before we got to the decision point? It’s a lot easier to make a decision if it’s a foregone conclusion based on something you already laid out in advance. Not everything is that cut and dry. Not everything lends itself to a nice clean decision tree.

For a company like Upstream, what’s the impact of this downturn? Does it change anything about how you move forward?

TRUEX: It doesn’t change anything about the fundamentals of what we’re doing to advance our therapeutics to patients. It does change when, and over what timeframe, we will invest the resources to potentially go public.

We feel very fortunate that we don’t necessarily need to go public anytime soon. Not only are we well capitalized now, but we could become even more well capitalized with a Series B with private investors. There’s plenty of money in the private investor setting, just looking for good assets. Particularly because we have a clinical-stage program, whose pathway is validated, I believe we will have a lot of interest in investment, assuming we can execute as we hope.

Nobody can guarantee anything, but we’ll see if that plays out. We’re getting to know investors who could potentially become involved for a next private round. We will cross that bridge when it’s time to do that.

We’re lucky because we have what investors probably want at this time. Sometimes that works over time. In the heyday of the last few years, when even relatively early platform companies were going public, investors were OK with not having a short line of sight to the clinic. Now they’re not OK with that.

Platform companies are often about a “story,” about building this big idea that could pan out. Have investors shifted from thinking about a company’s story to more practical milestones?

The public market situation doesn’t really correlate with whether they are good scientific ideas to invest in. My hope is that those visionary platform companies will still be started and funded. I don’t doubt there’s probably a little bit more discipline put into how much capital is going in … versus maybe three years ago.

As you said, many venture capital firms have reloaded with new money. Stepping back from the immediate moment, how has this influx of cash impacted what ideas are getting funded? Has the influx made it so that many scientific approaches can be funded? Or is there a lot of copying of similar approaches?

TRUEX: I actually don’t think that has changed very much. Capital [has been] coming in pretty routinely over the last 10 years to VC firms. I know from being eight years associated with Atlas. Every two or three years, there’s a new fund. They always could raise more money than they do, but their model is to be very disciplined and not raise more.

Investing in a balance of different kinds of stories is what a lot of these firms do. There are some that just like platforms and don’t like, for instance, single asset approaches like we have. My guess is that they are not really changing their fundamental strategy because of the market situation.

With Upstream, you’ve previously shared that there potentially could be another asset in-licensing. Has there been any move toward doing that?

TRUEX: The move has been to look at a lot of things and [we’ve not yet found] any that meet our standards. We are always looking and we have high standards.

We are prioritizing execution on our clinical program, which from a PR perspective is not very exciting. But that’s what creates value. We’re all hands on deck, except a small percentage of our chief business officer thinking about potential opportunities from the outside. We’re really full steam ahead, not only with the clinical trial we have already planned in asthma, but also planning for what comes after that in multiple indications.

Stocks making the biggest moves in the premarket: Novavax, GoodRx, Allbirds and more

Health equity: the current environment and a path to improvement