Caton Fenz already thought that 2022 was going to be a good year. The CEO of Houston-based ConnectGen, which builds wind and solar power plants that sell electricity to utilities, had planned to hire about five or six new workers.

Then Congress passed the Inflation Reduction Act last month, and Fenz’s four-year-old company is now looking for a dozen employees.

“That’s 25% growth,” said Fenz. “You see all these charts of pre-IRA power installations, and post-IRA the projections go from medium to massive. And to do it, you need people.”

Consider Fenz’s hiring dilemma a down payment on the jobs likely to flow from the new law, which set aside more than $400 billion over 10 years, mostly in tax credits, to promote and accelerate the spread of clean energy and vehicles.

Since the bill passed, companies like Honda and Toyota have announced that they will build battery plants to power electric vehicles in Ohio and North Carolina. First Solar has announced a $1.2 billion plant for solar panels at an undetermined location.

By the end of the decade, it expects to see one million people employed in clean energy development. “There will be the establishment of an entire supply chain that will build upon industries that are already well established,” Hensley said.

Overall, ACP expects 550,000 new jobs in the clean electricity sector from the law, more than doubling the 442,000 that cleantech companies employ now. The industry will spend as much as $600 billion by 2030 to triple the nation’s capacity for wind and solar power, according to the group’s projections. That doesn’t count many thousands more from electric vehicle and battery plants, though experts say some of those gains will offset losses at companies making parts for gasoline-powered cars that EVs won’t need.

For all of that, Tesla and Elon Musk may be the biggest beneficiaries of a law whose proponents are increasingly estranged from Musk. Wolfe Research analyst Rod Lache said on Sept. 6 that Tesla stock might surge 30% as the impact of the law is felt. Though many Teslas are too expensive to qualify for consumer tax credits under the new law, Tesla will get breaks at the corporate level because it controls much of its own battery production, Lache said.

“We expect this credit to meaningfully change the economics of EVs,” Lache wrote, saying it could shave $3,400 off the cost of an EV car battery by 2025, or 45%. That should make EVs as cheap, on average, as gas-powered cars even before the consumer tax credit.

All that money, and all those jobs, come mostly from a few big provisions of the law.

For electric vehicles, the law provides buyers with a $7,500 tax credit. Buyers of used EVs get a $4,000 credit. Previous law called for each automaker to offer credits to its first 200,000 buyers of new EVs, including plug-in hybrids – a quota GM and Tesla had already exhausted. The new law also added limits for the price of covered vehicles and the income of buyers, and added domestic manufacturing and battery-sourcing requirements to determine which EVs qualify for the credits. Those domestic-content rules are helping to drive the U.S. investment, Lache said.

“It basically catalyzed an additional three factories in the U.S. for us,” said Dan Shugar, CEO and co-founder of Nextracker, a Fremont, Calif.-based unit of Flex that makes equipment used in solar power systems.

One of them is adjacent to a new steel mill in Texas that will deliver products to Nextracker, he said. The law encourages moves like this by boosting the tax credits if domestic-content targets are reached, according to a briefing released by the international law firm of White & Case.

“We’re creating an ecosystem so all the components can be made here,” Shugar said.

He added that while these credits resemble pre-existing law, their longer duration under the new rules eases requirements that the tax breaks be periodically renewed by Congress, and the extension is having a major impact on investor confidence. The investment tax credit had been scheduled for reduction before the law passed, which ACP had said helped cause new renewable projects to decline in the first half of this year.

“It creates a stable policy so our customers won’t be whipsawed around,” Shugar said.

America’s use of renewable power had doubled since 2007 even before the new law passed, as costs for new construction of renewable power dropped and battery technology improved. Wind and solar now account for 12% of all electricity, with slower-growing renewables like hydropower and biomass energy supplying 8%, according to U.S. Department of Energy data.

With 550 gigawatts of renewable generation capacity expected to be built by 2030, renewables’ share of U.S. electricity could pass that of once-dominant coal as soon as this year. Natural gas remains the largest source of power, with 38% share.

Indeed, many of the people who land these clean power jobs could come from the oil and gas industry, which is a major force in Houston, Fenz said.

“You’re talking about major project management skills, and those are absolutely transferable,” Fenz said. “We need to transition capital, and also people.” 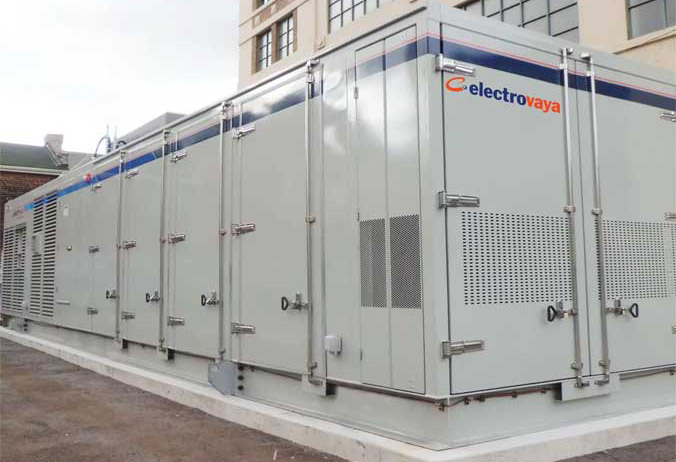