APA then launched a public consultation on the Barroso project, which showed strong local opposition. This prompted the environmental regulator to ask the company to go through an additional, optional step in the EIA process.

It also triggered the departure of chief executive David Archer, who was replaced on an interim basis by Dale Ferguson, previously the company’s technical director.

The optional step is designed to allow adjustments to the project in accordance with the feedback of the stakeholders involved in the process, Savannah has said.

Since agreeing with APA in early July that the review process should continue under Article 16 of the Portuguese law relating to EIAs, Savannah has had several “useful and productive” meetings with the regulator.

The British junior said the talks have provided it with a “good understanding” of APA’s requests regarding certain aspects of the project, without providing details.

It also noted that there will be additional meetings to address the few remaining aspects of the project which APA and the entities that make up its evaluation committee would like to see revised.

“Over the course of the last two months APA has made clear the aspects of the project which we need to revise to give us the greatest chance of receiving a positive Declaration of Environmental Impact (DIA) decision,” chief executive Dale Ferguson said in the statement.

“Savannah’s team and our consultants are well underway with the redesign work,” he noted.

Savannah has until mid-March 2023 to work with APA on and then resubmit them for consideration.

Subject to a positive DIA decision, Mina do Barroso open pit lithium mine would become Europe’s first significant producer of spodumene, a hard-rock form of the battery metal.

The project holds a resource estimate of 27 million tonnes of lithium with over 285,900 tonnes contained Li2O, at an average grade of 1.06% Li2O, which the company believes to be enough to supply a “material proportion” of Europe’s lithium demand over the coming decades.

The mine will also yield a feldspar and quartz co-product used in the ceramics industry, which will be sold to customers locally and in neighbouring Spain.

Recent results from the latest phase of metallurgical test work program at the mine highlights the potential for lower capital and operating costs than those originally estimated.

Portugal, already Europe’s top lithium producer, accounts for about 11% of the global market, but its output is entirely used to make ceramics and glassware. That’s why Europe relies on lithium imports from Latin America’s “Lithium Triangle,” as well from Australia and China.

EU approves up to $5.2 billion in public funding for hydrogen projects

Tom Rutledge, who turned Charter into a cable powerhouse, to step down as CEO 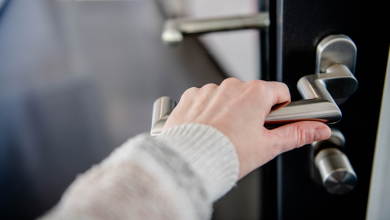 Jetti Resources, UBC publish new study on the science of the “holy grailâ of the copper industry